Jell-o is weird, don’t you think? Its consistency ranges from watery to stiff, colored to clear, or wobbly to clumpy, and it can be mixed with who knows how many crazy things ranging from eel tongue to pig fat and tuna fish (BARF!). Luckily though, most of my Jell-o experiences haven’t been all that bad, and actually tend to bring back memories of my late Grandma Mower who made it mixed with fresh fruits and whipped cream, mmm mmm! (I should mention that this is one of the only foods I looked forward to at her house. Oh, the stories I could tell.) Considering the alternatives, a nicely made fruit Jell-o salad leaves no room for complaints.

But this isn’t one of those nice Jell-os. Oh no. Pickled Jell-o sneaks in like a ninja; you don’t know what hit you until it’s in your mouth, at which point it’s too late, you’re a victim. Its concentrated salty brine flavor will shrivel the chest hair right off the manliest of men (believe me, I’ve tried it on myself).

Through the years my brother and I have tried this on a few different groups with large gatherings and it’s always been met with great success and mixed reactions—but it always brings a smile on my face.

One of my favorite stories is when I made it for my in-law’s Thanksgiving dinner (naturally). I had another actually delicious red raspberry Jell-o cooling in the fridge but pulled out the pickled Jell-o first so that everyone would have to partake. I had topped it with strawberries and chocolate shavings, which temptingly lured people towards it. I intended to pull out the tasty raspberry Jell-o once people realized they’d been pranked, but nobody said anything until the meal was over. Some people were just polite and moved the Jell-o off to the side without eating more than a bite, others were super polite and ate it anyway. The raspberry Jell-o was never eaten.

I haven’t been asked to make food for Thanksgiving since (though I did volunteer to roast the turkey one year). It’s been nice. So while I can’t tell you that this recipe will make you rich and famous, I can personally guarantee that it’ll make for some great stories and memories.

So without further adieu, bring on the pickled Jell-o! *shudder* Before starting, make sure your pickle brine is nice and cold! It will replace the ice-water portion of the recipe.

Gather together your ingredients. I thought I had them all together but after uploading my pictures I realized I left out the unflavored gelatin and lemon extract. My bad. 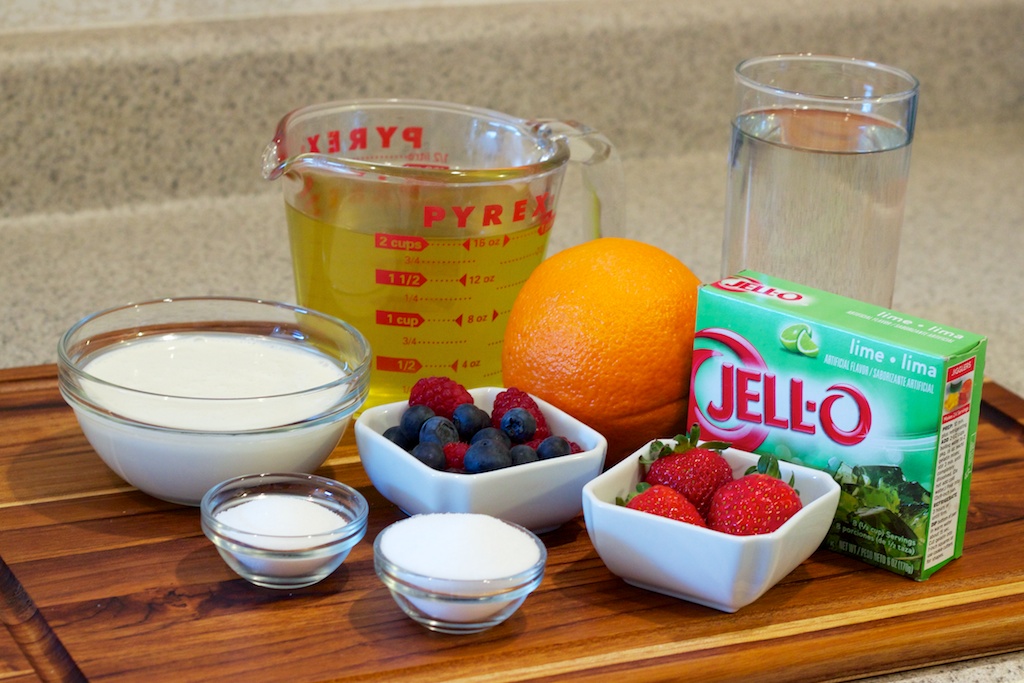 Boil two cups of water and and then add boiling water to a large bowl with the lime Jell-o and unflavored gelatin. Stir the mixture until the Jell-o and gelatin is completely dissolved. 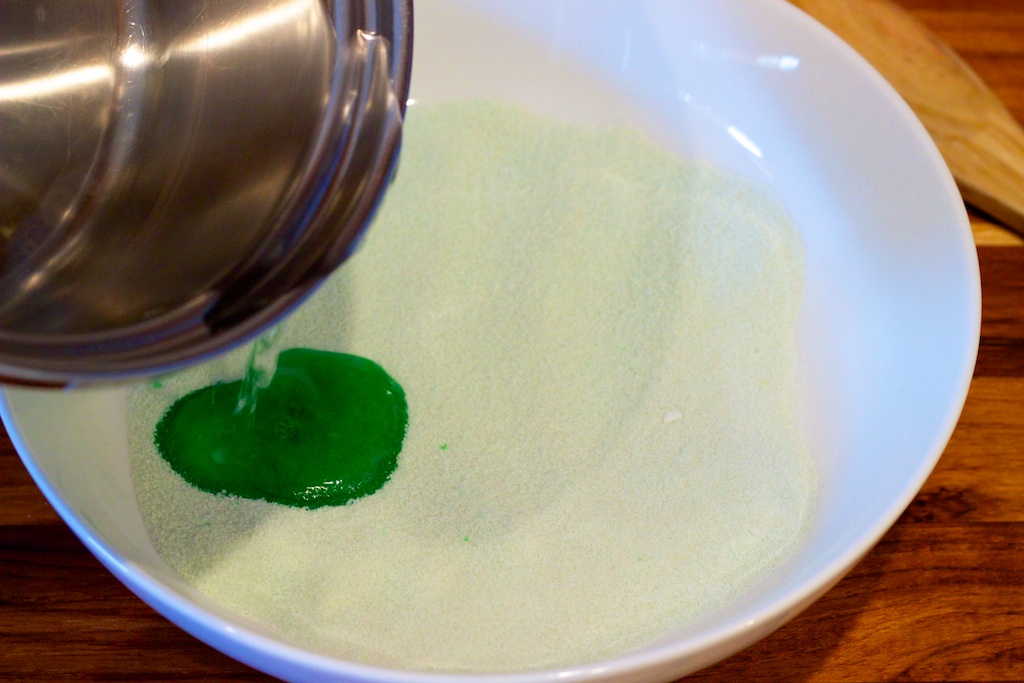 Once it’s dissolved, add in your salt (I’m puckering just thinking about how nasty this is going to taste) and stir again until it’s completely dissolved. (If your salt isn’t dissolving, you can add some of the pickle brine to desaturate it a bit.) 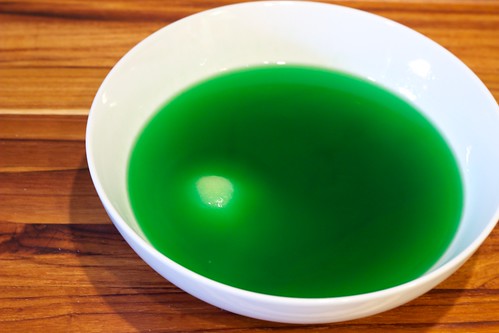 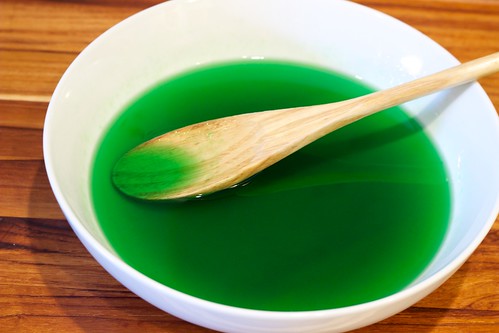 Add in the 2 cups of pickle brine and stir until it’s evenly distributed. And now because you’re a brave woman or man, you’re going to taste this. You *MUST* taste it. You just have to. If you don’t, you’ll never know what sort of torture you’ll be inflicting on those poor suckers who are going to eat it. Don’t be a wuss. Just taste it. 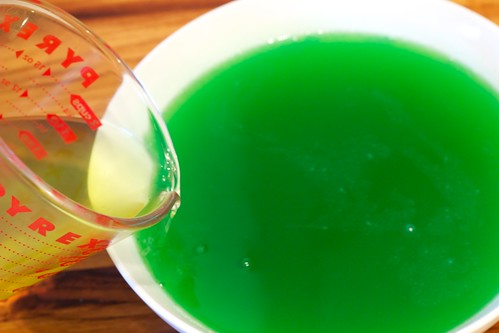 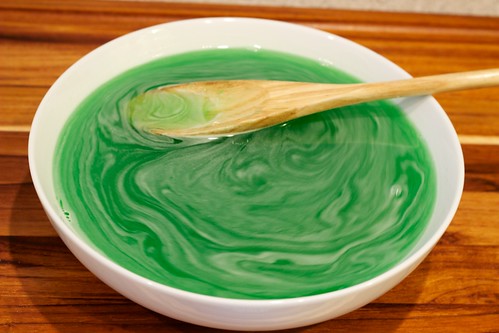 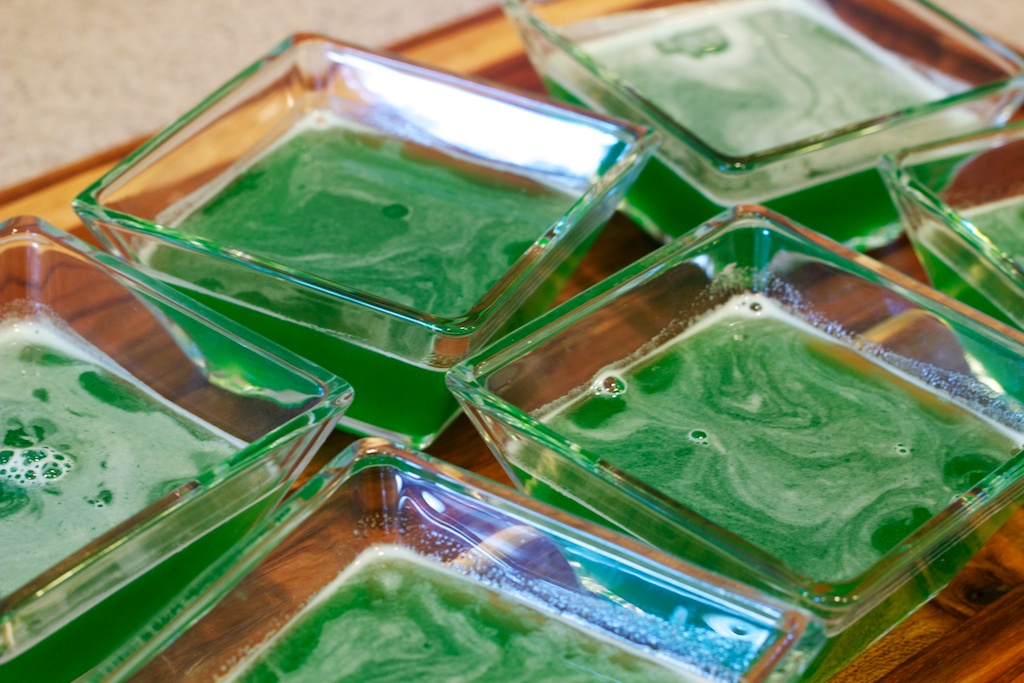 Cover the bowl(s) with plastic wrap, making sure the plastic wrap lightly rests on top of (as in touching) the Jell-o. This will minimize the cloudy film on top once the Jell-o cools and also keep it from forming a weird thin layer of goopy Jell-o. Once covered, place in fridge for about 4 hours or until it’s set and wobbly. 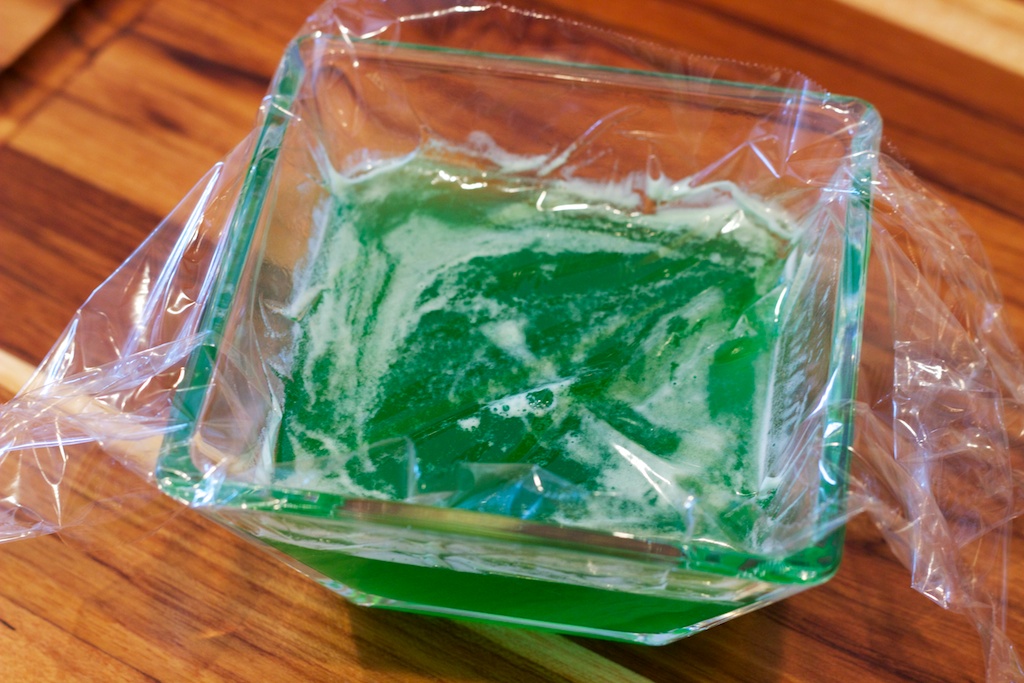 Once the Jell-o has set, you can prepare your whipped cream. Mix the cream, sugar, and lemon extract together and then blend until it forms a smooth, firm peak. Don’t over mix it though, or you’ll end up with a nice clump of butter (yeah, I’ve done that). 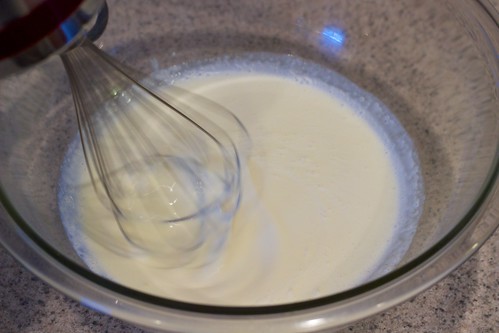 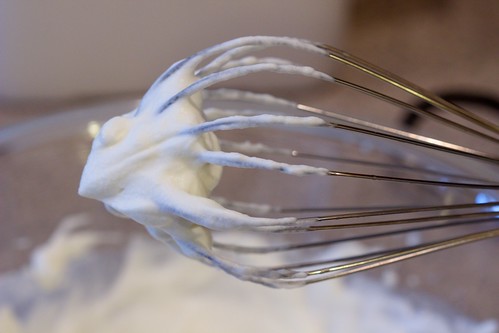 Pull the beautifully set pickled Jell-o out of the fridge. Do all you can to resist eating it right now. As much of a temptation as it is, the reward of serving it to others far outweighs the joys of eating it oneself. 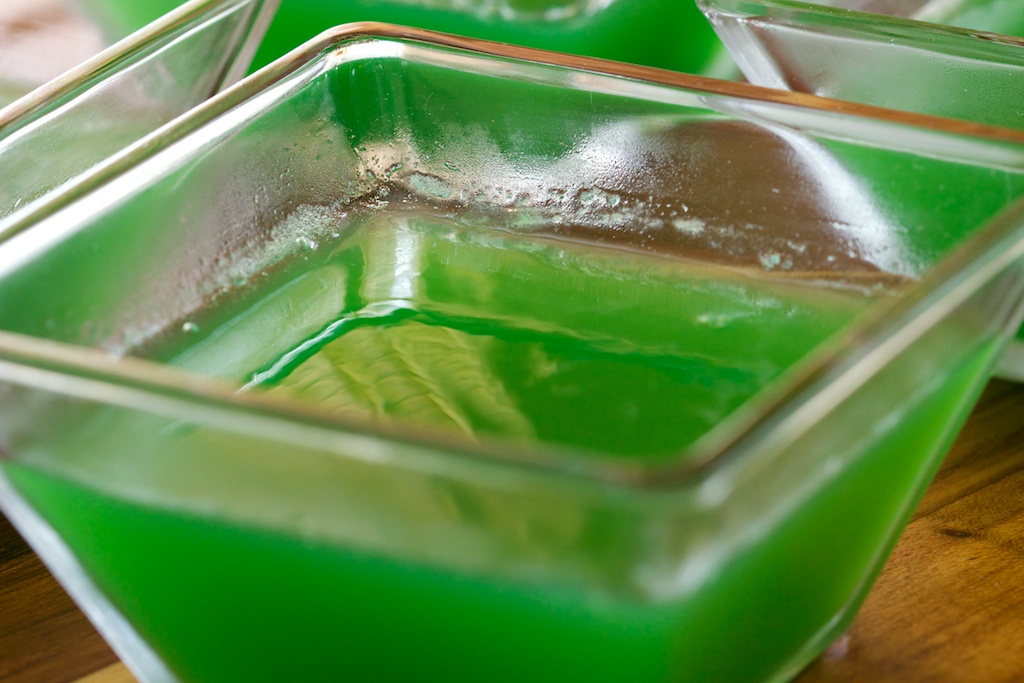 Top the Jell-o with the whipped cream and berries. 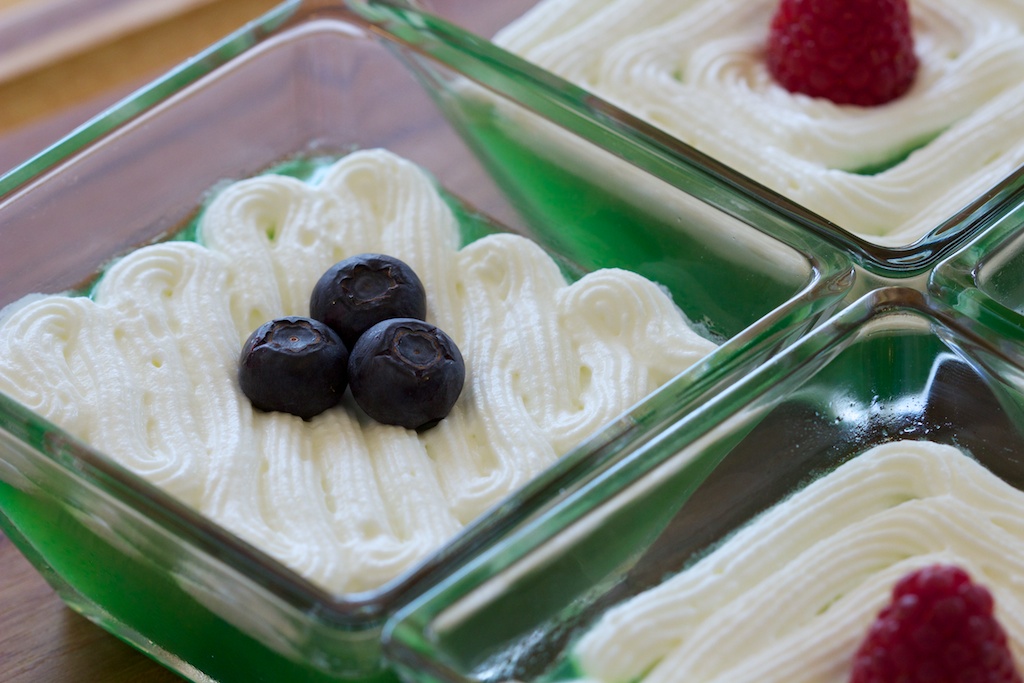 I felt like it lacked a little color, so I added some orange zest to the top. Be careful so that it doesn’t fall onto the whipped cream in big clumps. Oops, I did that too. You may find that you want to add more berries and forego the orange zest. Totally up to you. Make it yours. Own it, and serve it proudly my friend. 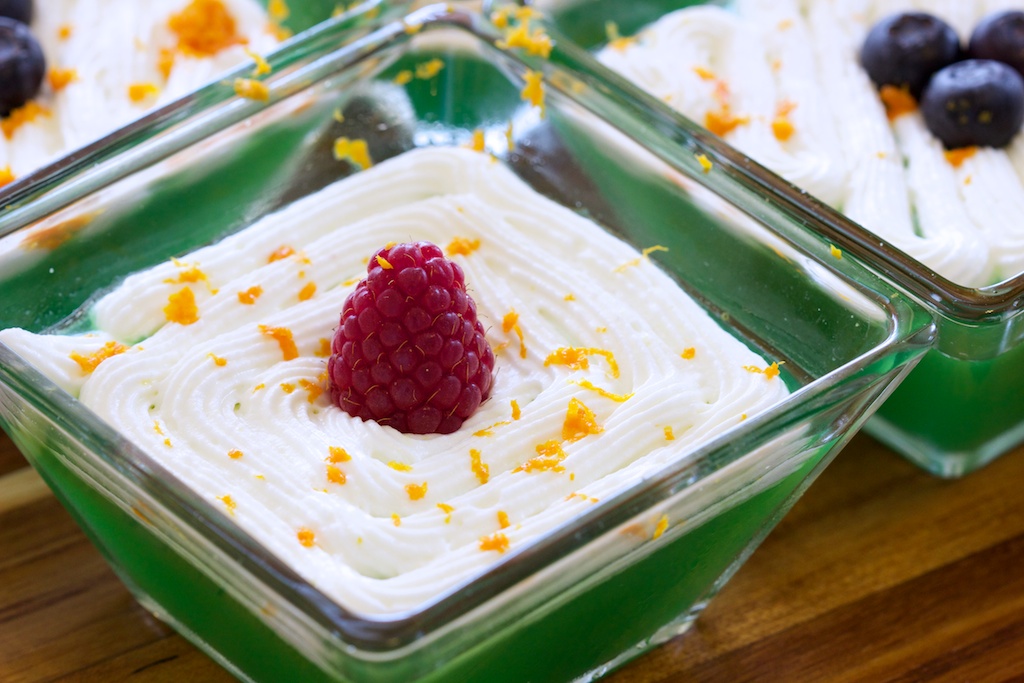 Now your deliciously evil pickled Jell-o concoction is ready. You can serve it as an appetizer (you can only go up from there), part of the main meal (a nice disgusting surprise for someone looking to cleanse their pallet between bites), or as a dessert (at least dinner will end with a bang). Whatever you do, it will be a meal that lives forever in infamy. May it never be served to you. 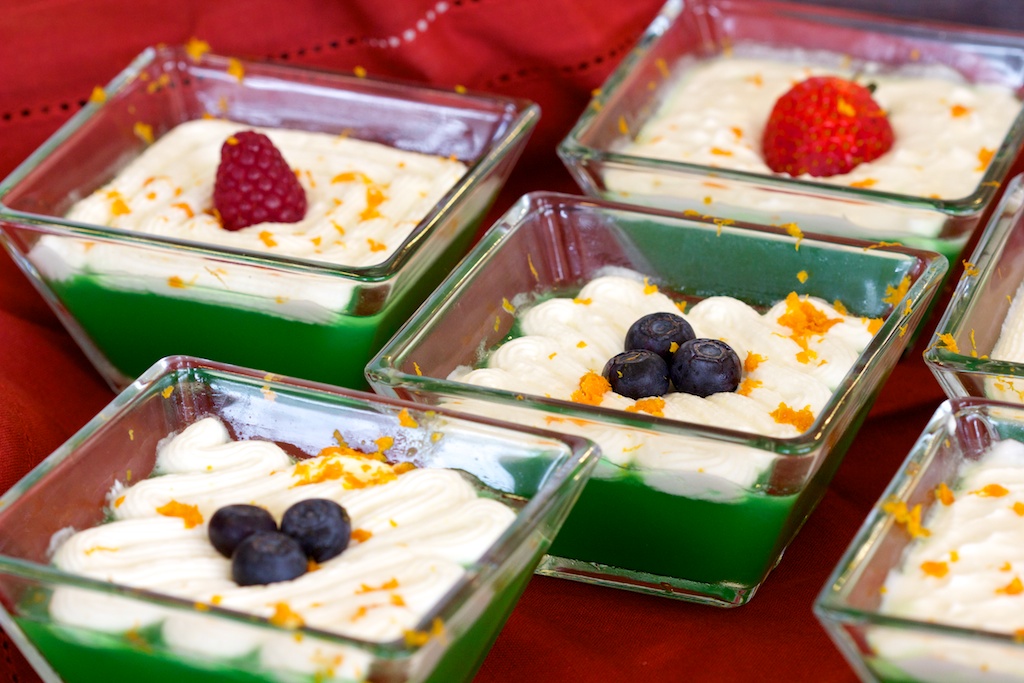 If doing individual servings, you can make a batch of regular Jell-o. Add one type of the berry to the regular Jell-o and the other type to the pickled Jell-o. Serve both types to guests and watch the chaos ensue as some of them slurp it down while others find it absolutely revolting.

As promised, here are the pictures of how my chillins reacted: 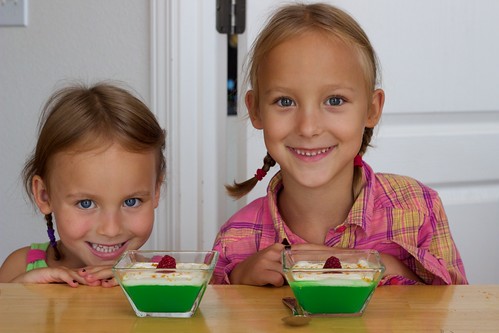 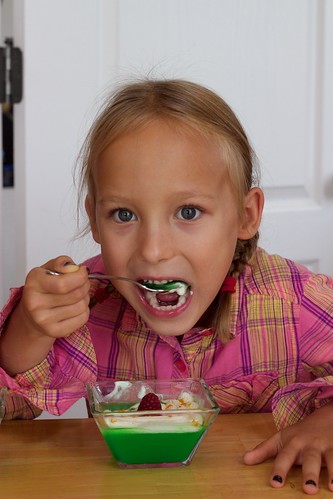 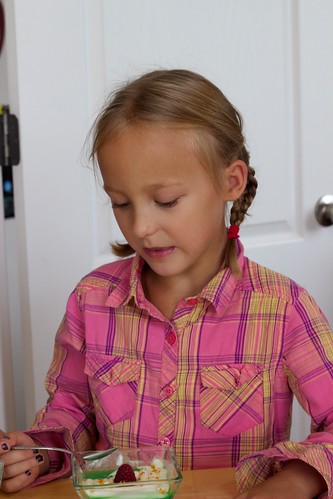 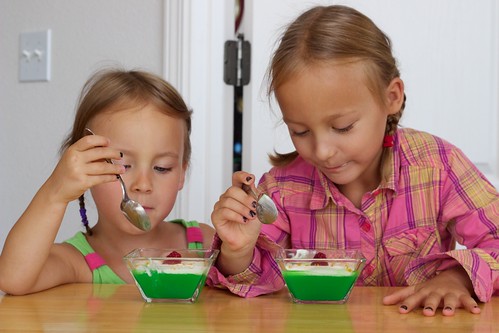 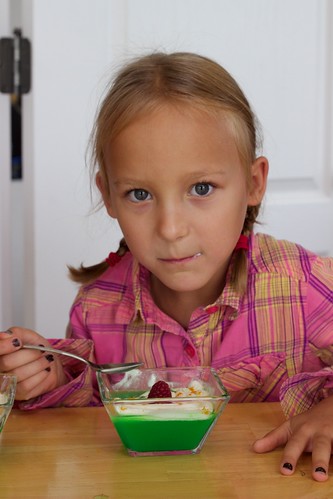 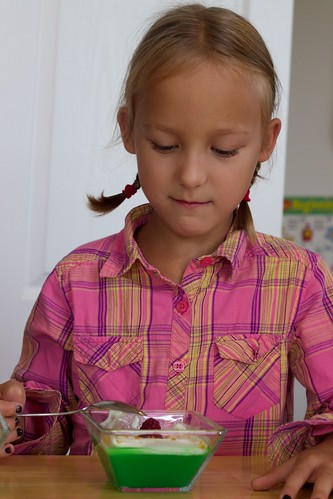 I’m such a meanie, but the good news is that I had some NORMAL Jell-o all lined up for dinner right after this. Somewhere and somehow deep within their good kid hearts, my children found room to forgive me, though I’m sure it wasn’t easy.

You can re-pin the original by clicking here, or simply pin the image below.