Today’s recipe is a partner to my last recipe post, Butterscotch Biscuits. If you haven’t tried those, you should. In fact, I would almost say try those first and then come back to these. I’d love to know how you feel they compare. This biscuit variation requires a smidgen more work and cooking time, but I love the extra orange, apple, and cinnamon flavors mixed in. In all honesty though, both are heavenly.

Okay, I explained in my last biscuits post how my kids go nuts when they find out we’re having these for breakfast. However, something I didn’t mention—and should have—is how kids love to help prepare this recipe. There’s some small knife work involved when dicing the apple, but other than that, kids can help with nearly every part from mixing the dough to slicing the rounds (with a dull dough cutter). If you haven’t tried cooking with your kids, I think you should give it a shot. We’ve had some great (and messy) times in the kitchen together.

The areas where my kids enjoy helping out the most is sprinkling the flour on the cupboard and spreading the butter, sugar, and apples onto the biscuit dough. They’re also pros at putting all the ingredients into the bowl. I maintain that the memories we create are worth the messes we make.

Now on to the biscuits. Gather your ingredients. This will make it easier and faster for you. 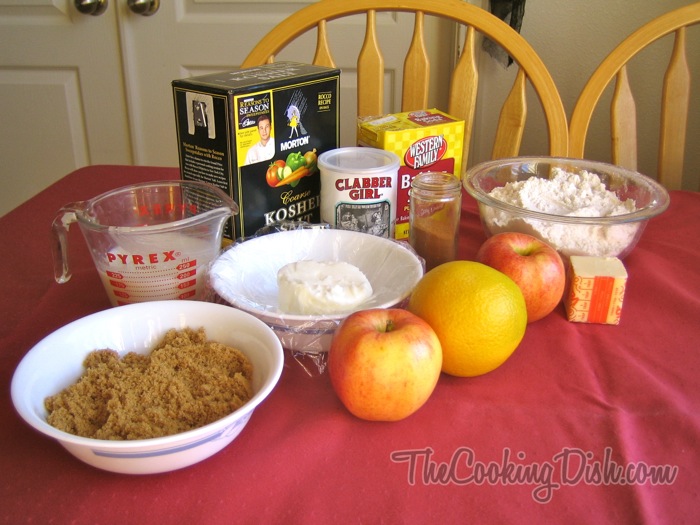 Prep your apples by peeling and dicing them. 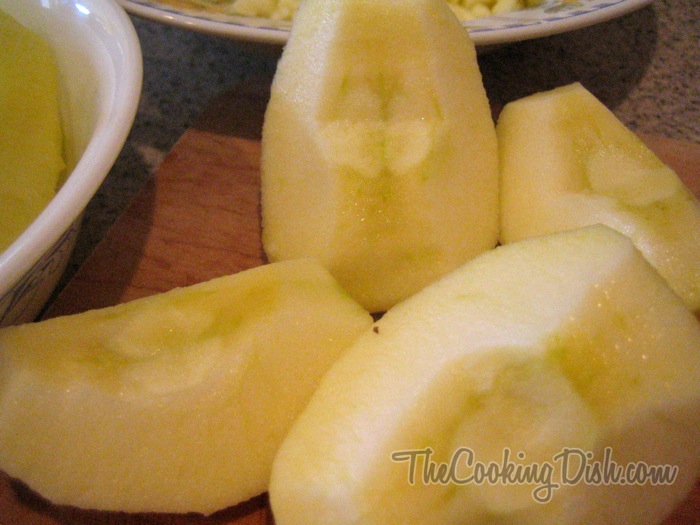 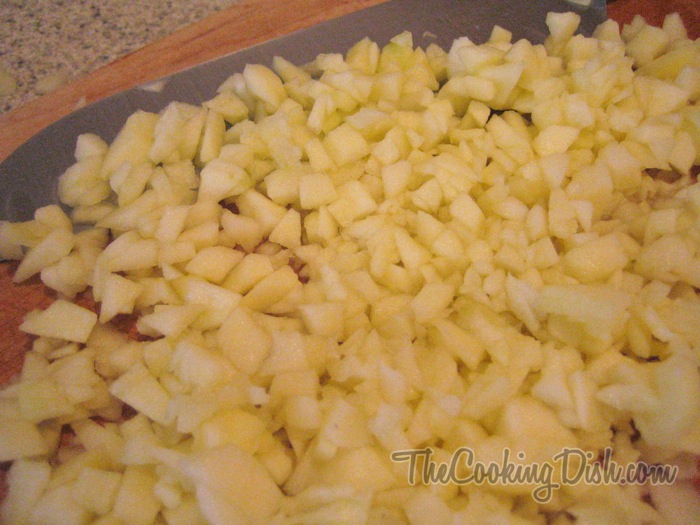 Sprinkle them with cinnamon and sugar, mix well, then set aside. Resist every temptation to eat them. It’s hard, I know, but you’re going to need it all. 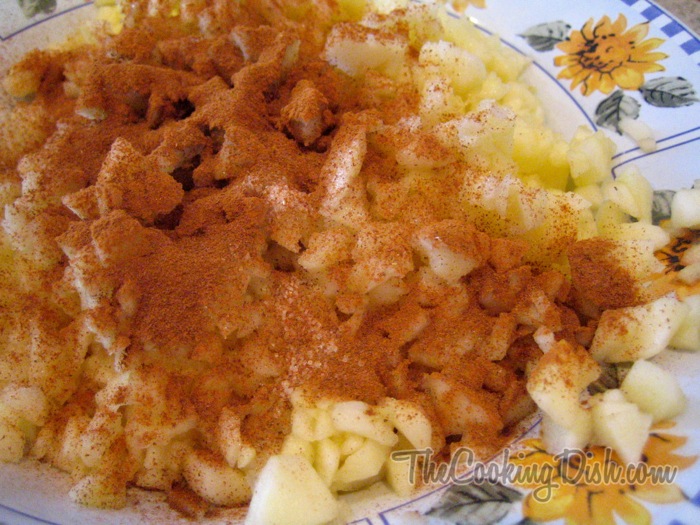 Add your flour, baking powder, baking soda (if using buttermilk), and salt into a large bowl. Mix these together well. you can use a sifter to make it easy on yourself. 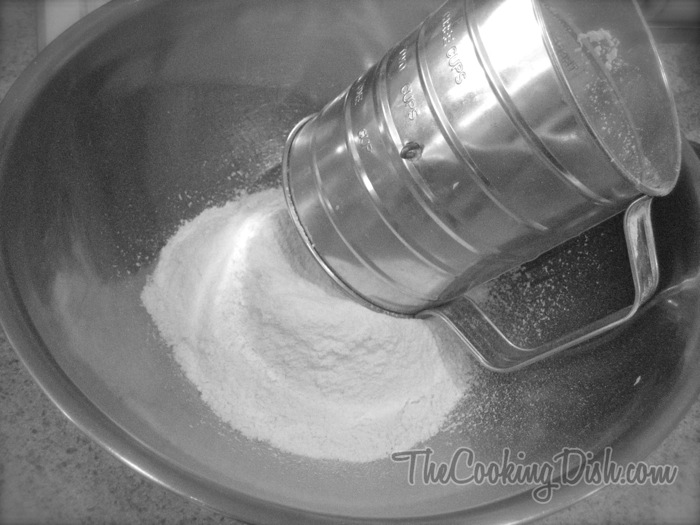 Zest your orange. To make it especially aromatic, you can then rub in some sugar (brown or white). If you rub in brown sugar, it temporarily turns a goofy “farm” color until it’s cut into the flour with the shortening. This delightful scenario can bee seen in picture 4 below. Don’t worry though, the color is a non-factor once the shortening is cut in. 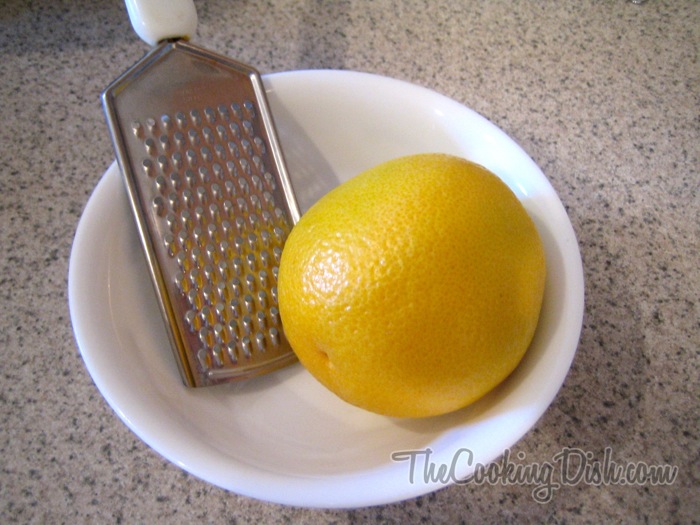 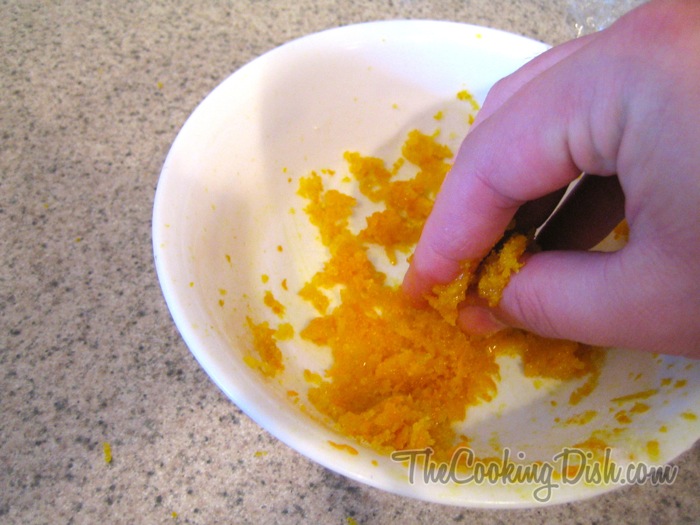 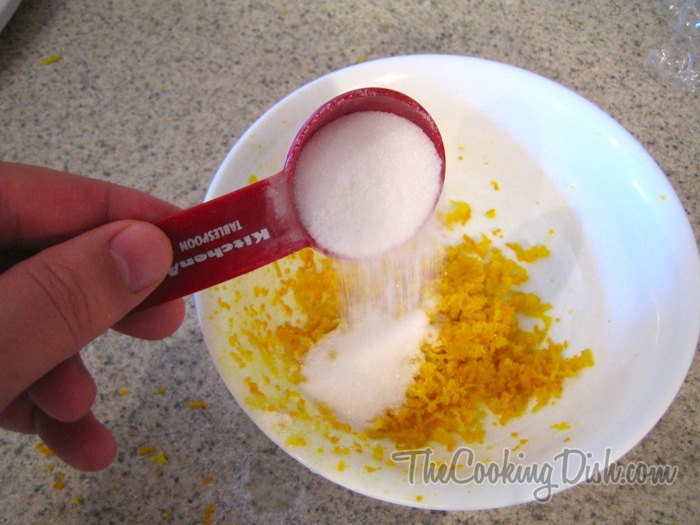 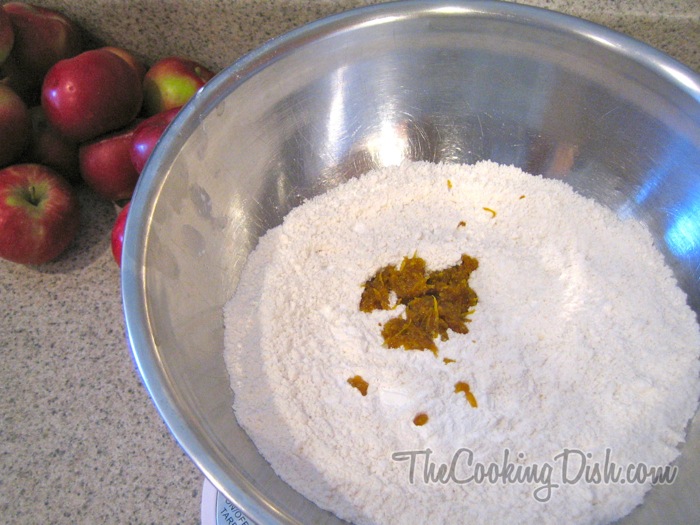 Cut in the shortening and orange zest until pea-sized lumps form in the flour. I missed the “add shortening” step in pictures, so you get the after-the-fact picture. 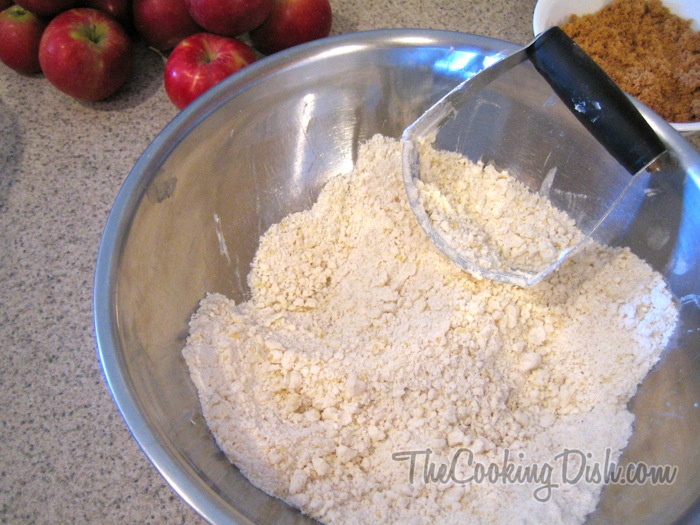 Add in the milk. You can squeeze in some orange juice as well, just remember that you should use less milk if you’re going to add orange juice, so that the liquid amount stays at 3/4 cup. 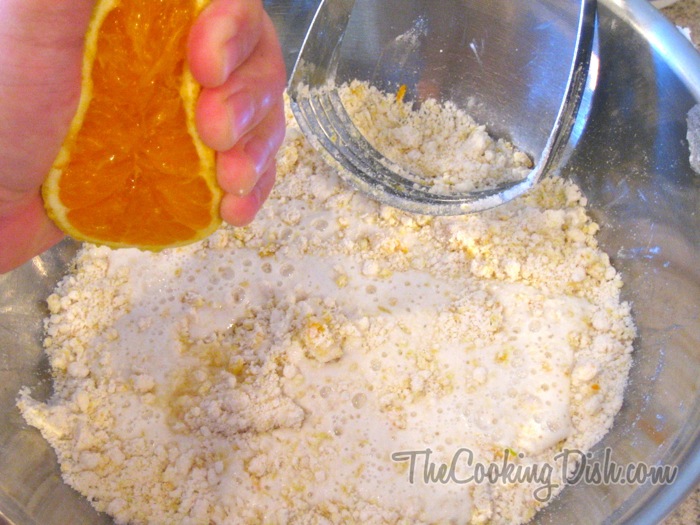 Mix the dough until it just comes together. 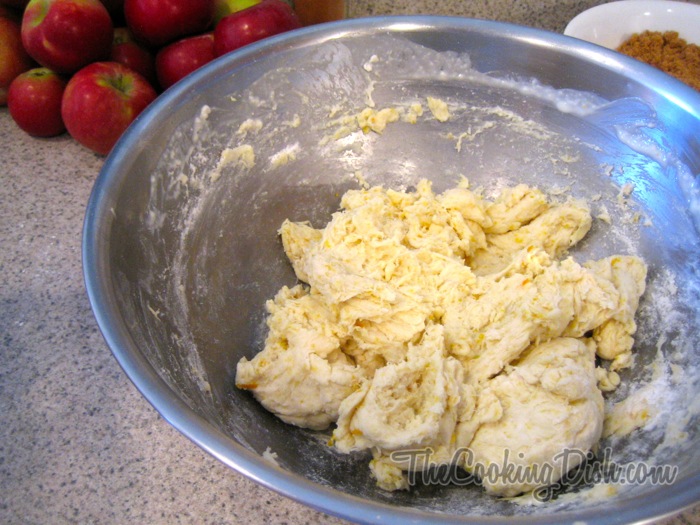 Roll it into a large rectangle, about 1/4″ thick and evenly spread the melted butter on top. DON’T LICK IT, and don’t let your kids lick it (even if they ask). Why? Because it get’s better. 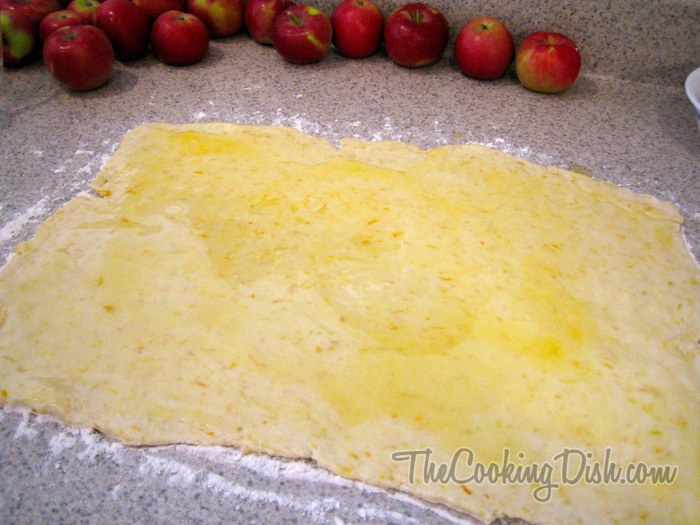 Evenly spread the brown sugar over the top of the butter. 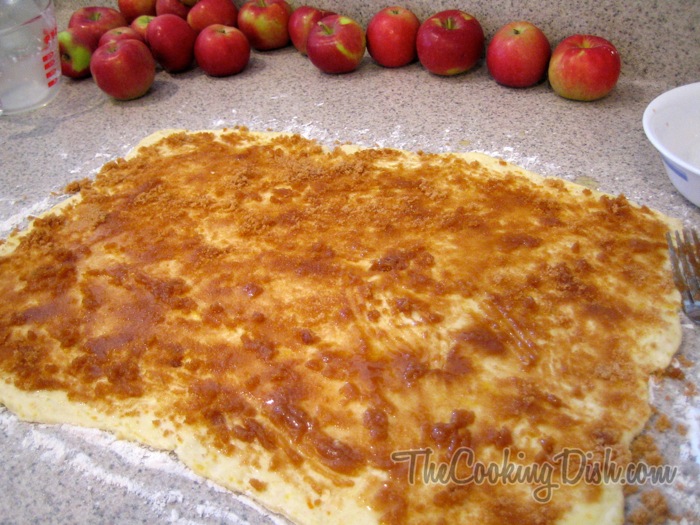 Add the apple-cinnamon-sugar mixture on top of the brown sugar. Keep as much juice from getting on the biscuit dough as possible. 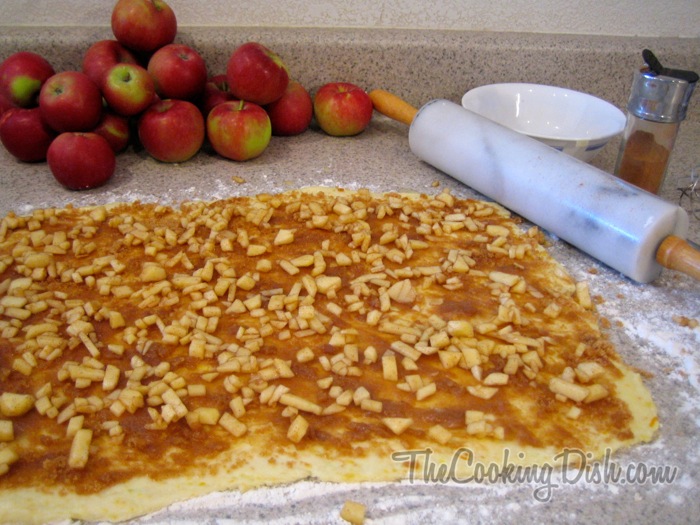 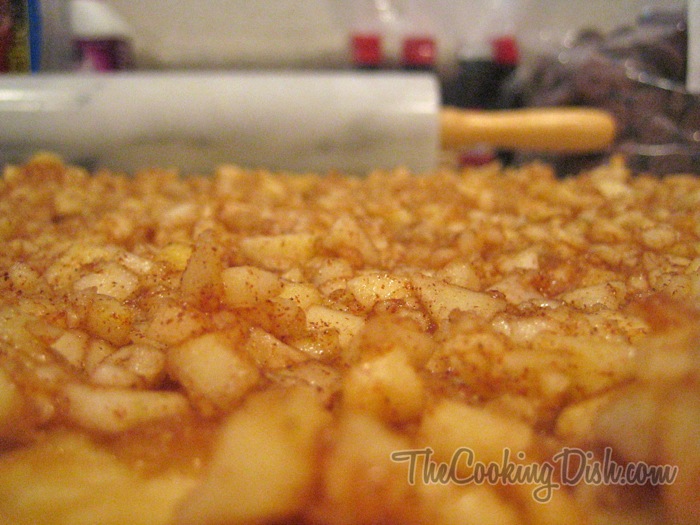 Sprinkle it with some more cinnamon. If you can’t resist it any longer, now is the time to lick it. 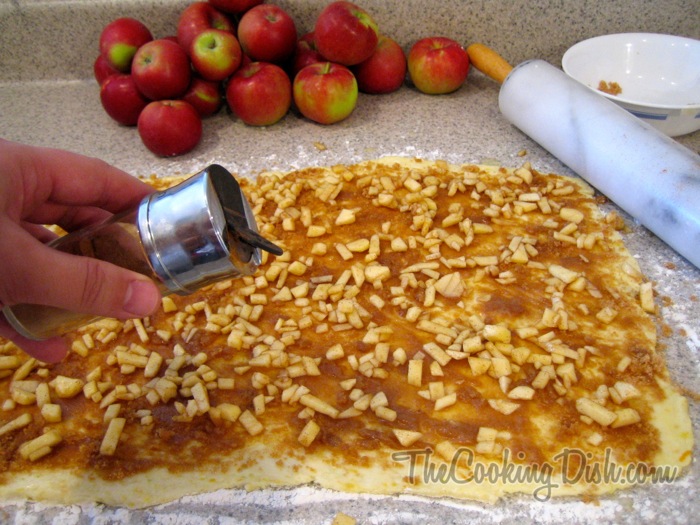 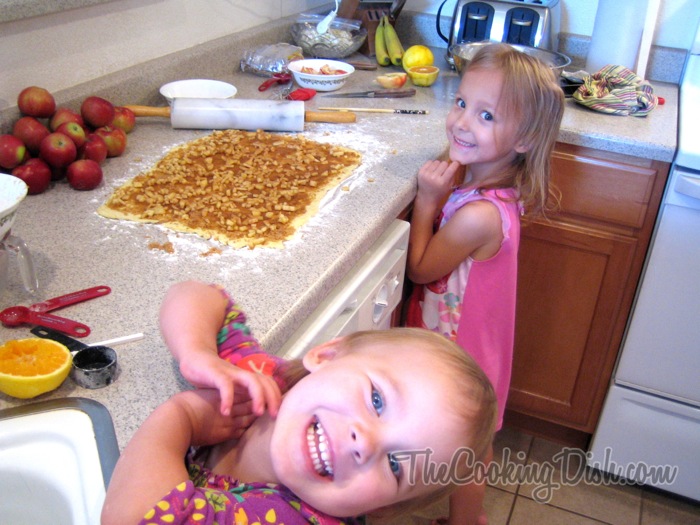 Roll it into a log and slice it into 12 even parts. Cut in half, then cut the halves in half. That gives you 4 parts. Cut those into thirds to get 12 parts. 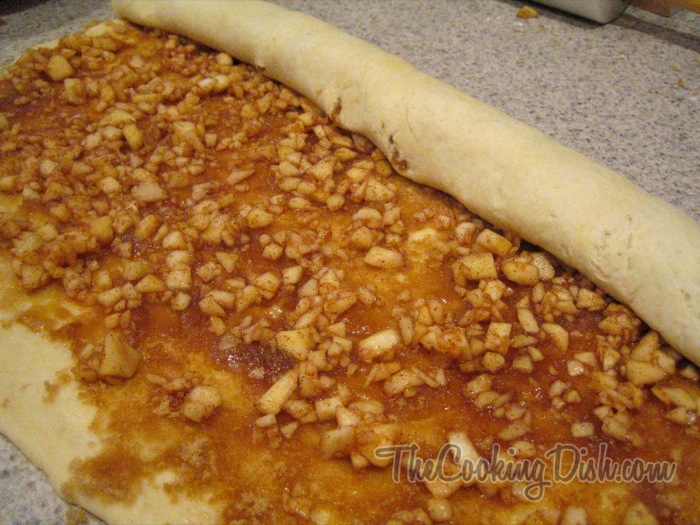 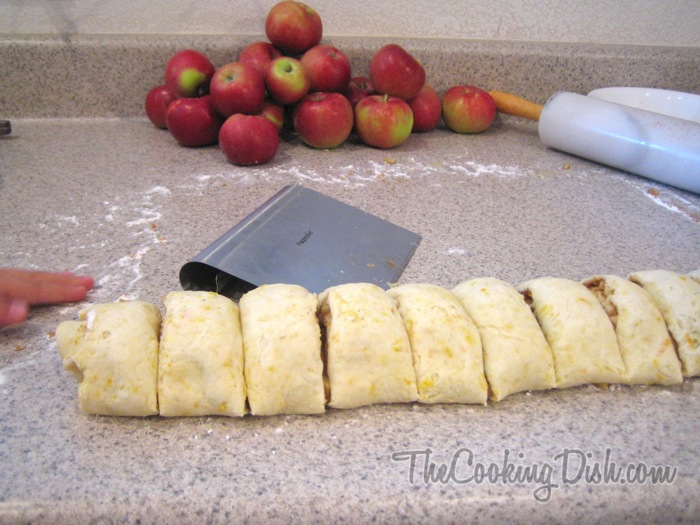 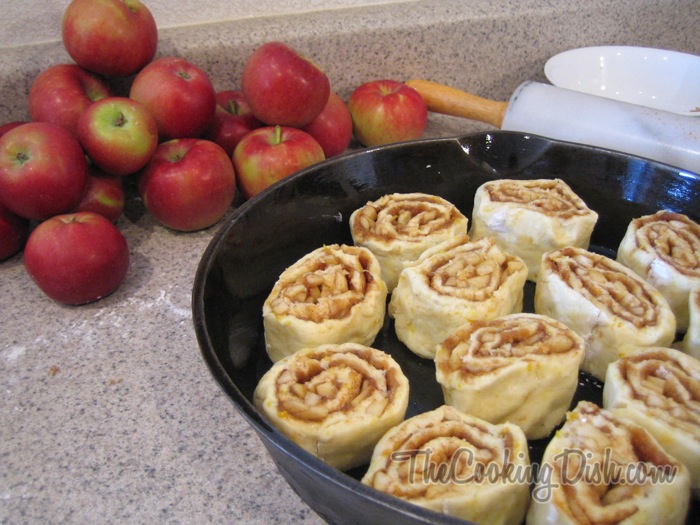 Bake for 12-20 minutes. That’s a large time sweep, but the apple’s liquid content makes a big difference (drain that juice!) and remove from oven once top is deep golden brown. 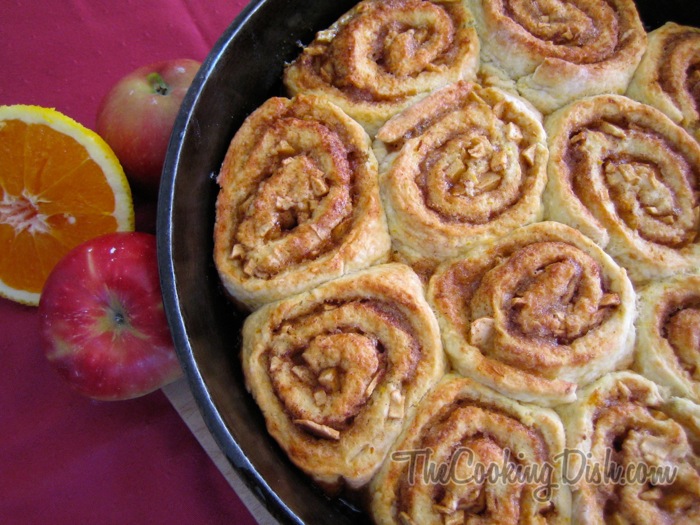 Eat until they’re gone, then bake some more! 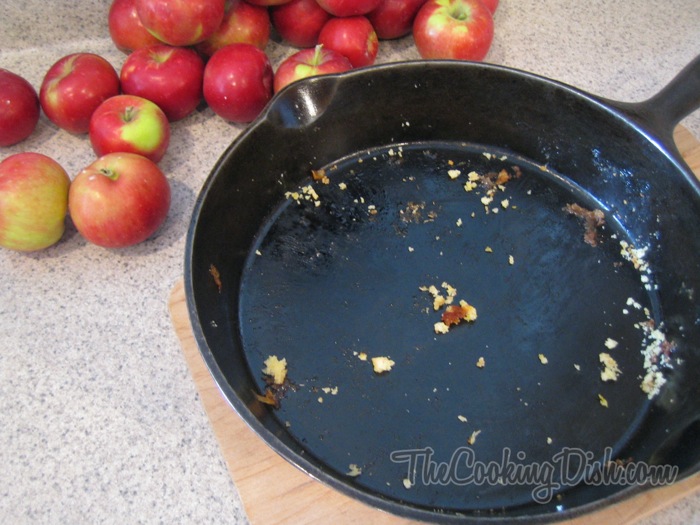 I’ve included two recipes for the price of one. They’re pretty similar (one has orange integrated into it) to each other. You can decide which one you like best.