Growing up my family spent a lot of time in the great outdoors. We’d take week long camping trips high up into the mountains where we’d spend time digging in the dirt, fishing, canoeing, laughing, swimming in the lake and river, riding horses, playing horse shoes, and just chillin’. Those are some of my favorite memories. And oh, the stories I could tell, like the one time when I seared my brother’s ear with a hot, flaming stick of death… but we won’t go into details. It really was an accident…

Let’s move on. My mom is an excellent cook, and that’s an understatement. We always looked forward to dinner in the mountains because we loved eating her cast iron dutch oven cooking. Some of my favorite dishes included chicken, potatoes, bacon, peach cobbler, donuts, and bread. My two favorites were peach cobbler and donuts. (The treats, of course!)

Just the other night, the hankerin’ to eat some of those donuts again sneaked into my appetite, so I set to it. Now, the best part of this donut recipe is that it’s effortless… seriously, it’s super fast, super delicious, and easy enough that the kids can help. Hard to beat that, and when the kids have fun, it makes it even more enjoyable. My daughter Maggie helps me make these for family night on occasion. If a camp fire isn’t readily available, you can still cook these on the stove top. As always, you can print this recipe out at the end of this post.

And just for the record I can never decide if I should spell donuts like I just did or like this: doughnuts. so I’m not very consistent throughout this post.

Enjoy, and try not to salivate on your keyboard. Get a small can of pre-made biscuit dough (buttermilk or classic). As long as it doesn’t have butter chunks mingling with the dough, you’re good to go. The butter chunks ruin it. Whoa… is that even possible? Why yes, yes it is. 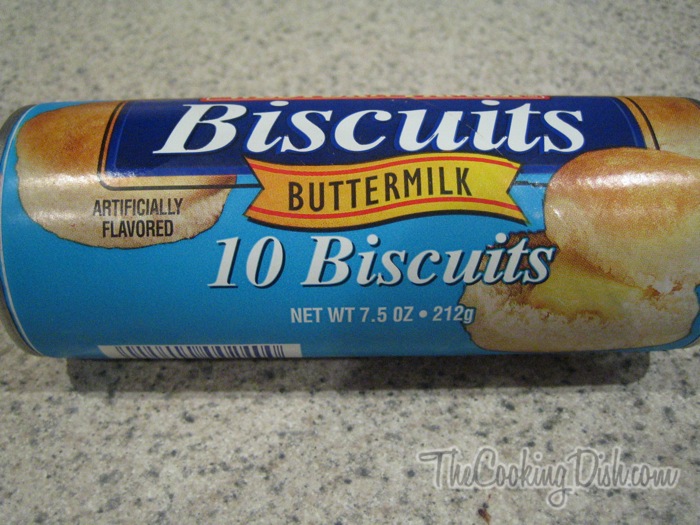 Add about 1″ to 1-1/2″ of oil to a pan and heat the oil to just below smoking point (I usually put mine on the gas mark 6 for canola oil). Notice I’m using a cast iron frying pan. I love cast iron. Cast iron isn’t a requirement; you can make these using any type of pan, even a small 6″ sauce pan. Well, maybe not any type of pan. 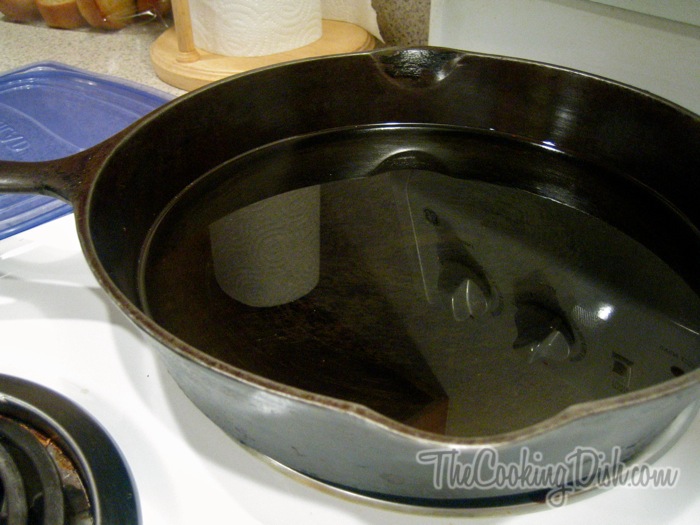 As the oil heats, poke holes into the biscuit dough to make them into doughnuts. 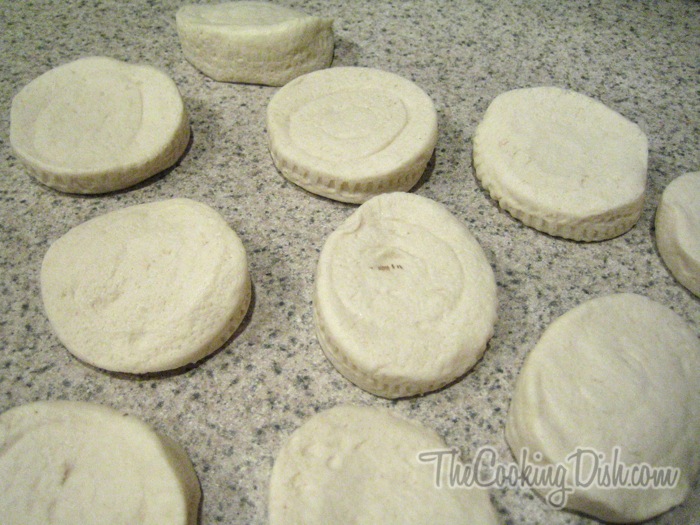 This is really too easy, really. 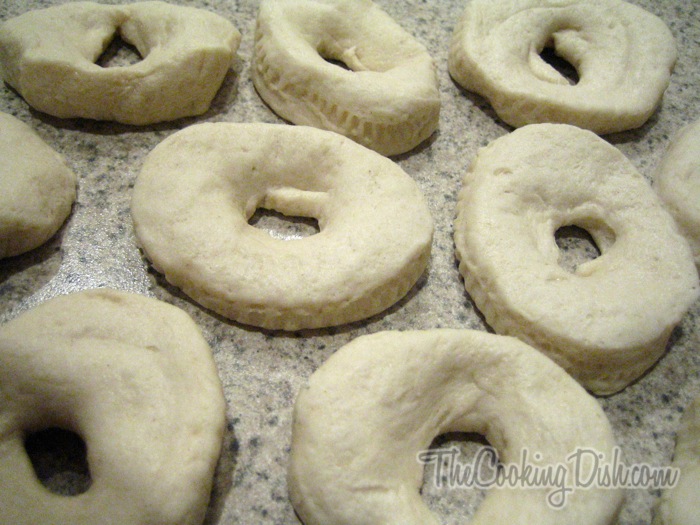 Then mix up the cinnamon sugar. Add some cinnamon to sugar, easy peasy. 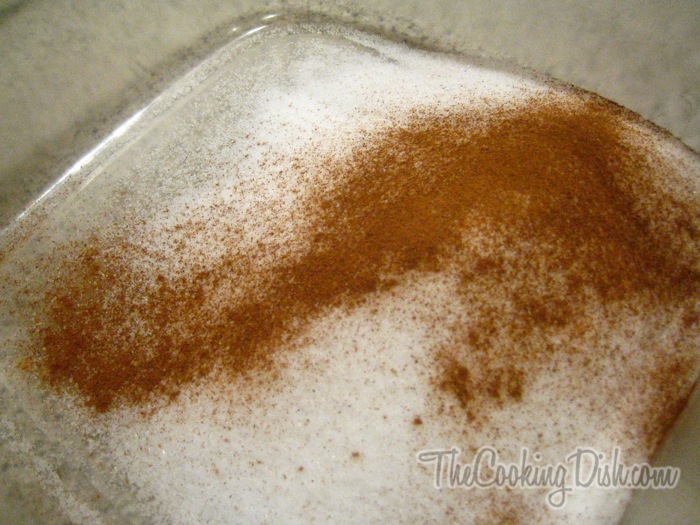 If you have a little girl named Maggie, let her mix it up. 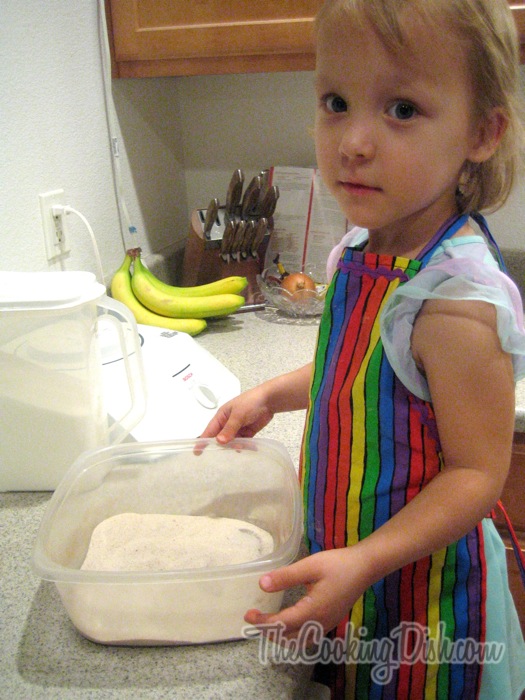 You want the overall mixture to be a light-brown and white mixture. Taste it. Yummy! 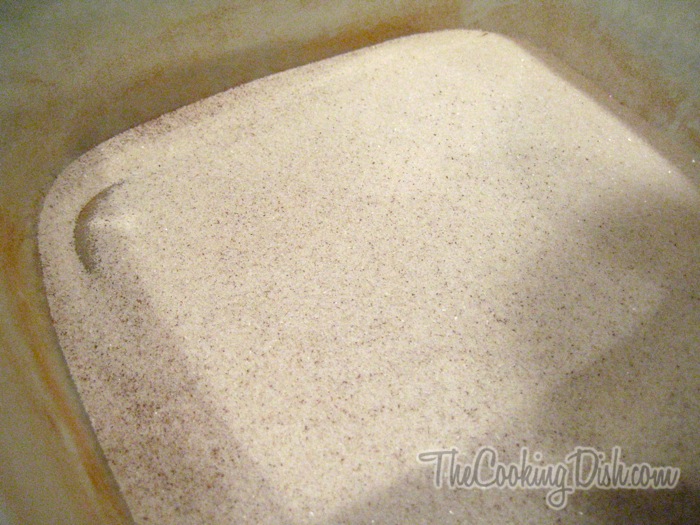 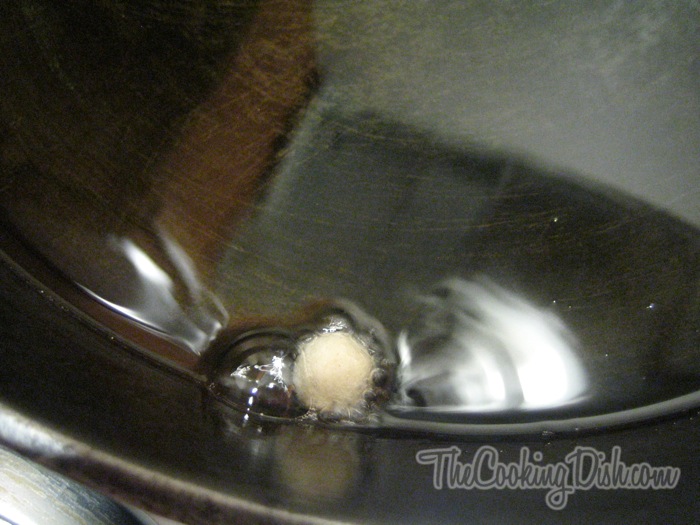 Add the doughnut dough (it’s no longer biscuit dough) to the oil and cook on the first side for about 25 seconds. 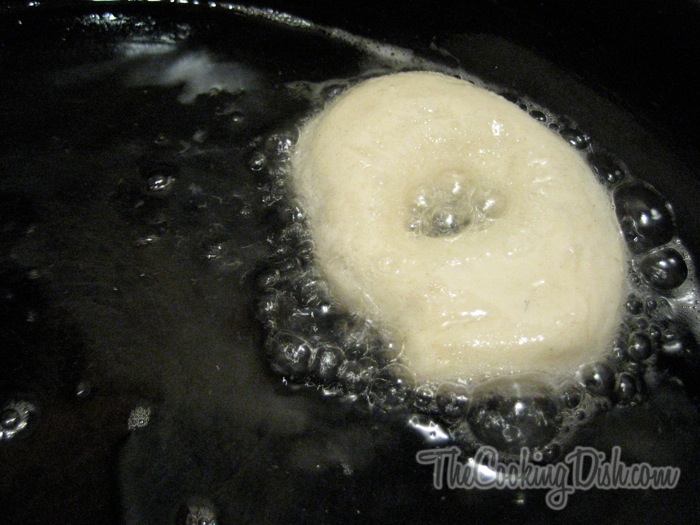 Flip, and cook on the other side for another 20 seconds or so. I usually cook a bunch of them at once, although it requires more oil. So, just watch the donuts closely so they don’t overcook. A medium to dark golden brown is perfect. Don’t burn it or you’ll have ‘crummy’ donuts (ba da bing!). 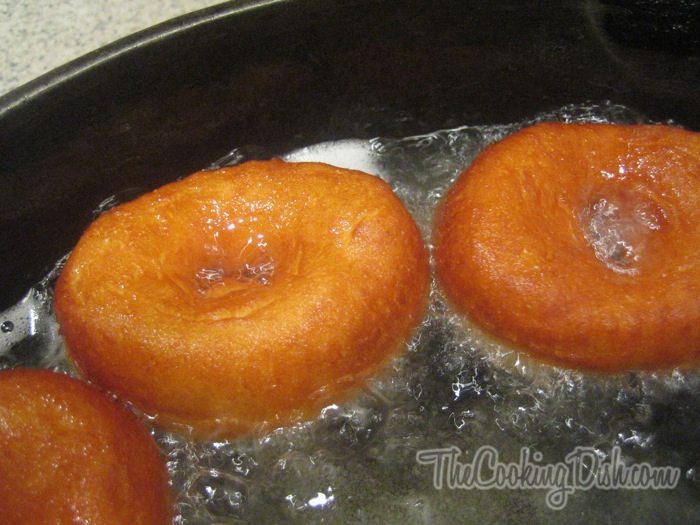 As you remove each donut, lay them on a paper towel for a few seconds to remove excess oil. 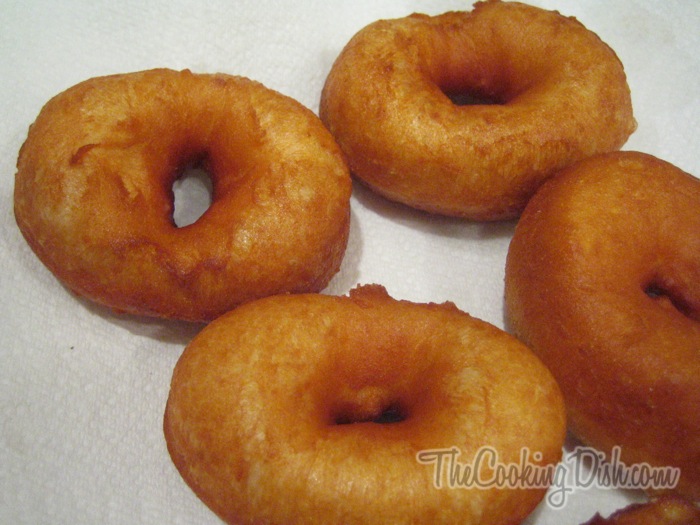 Then add them to your cinnamon sugar mixture and shake them around until they’re fully loaded-er-I mean coated. Maggie rocks at this. Seriously, it’s a little kid’s dream come true. 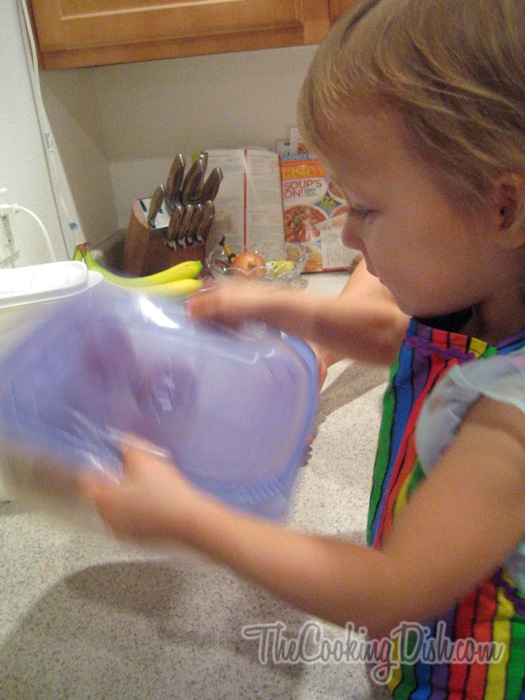 Remove from the cinnamon sugar and eat! 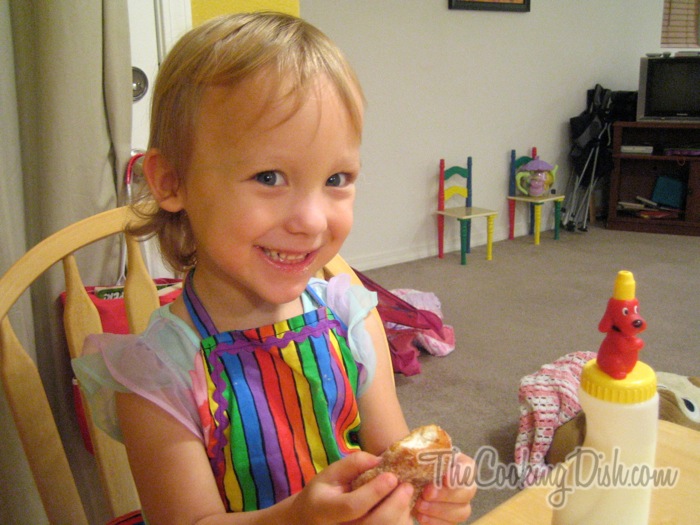 And because my kids are so cute, here are some extra pictures of my little girls (this is for you grandma): 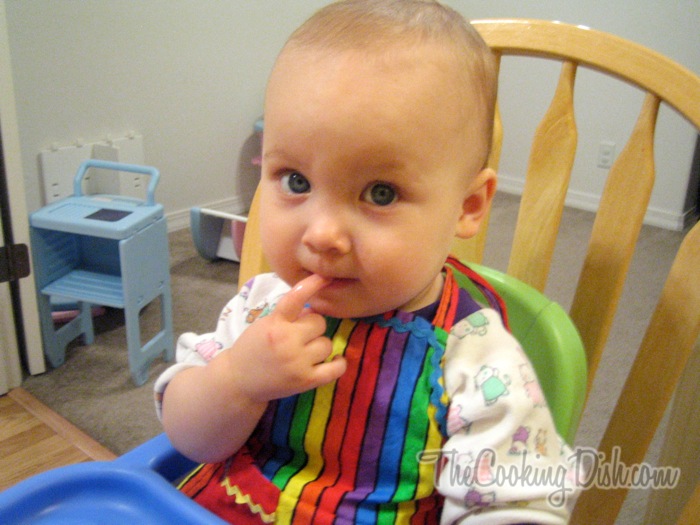 “I dunno, dad… they look questionable to me.” 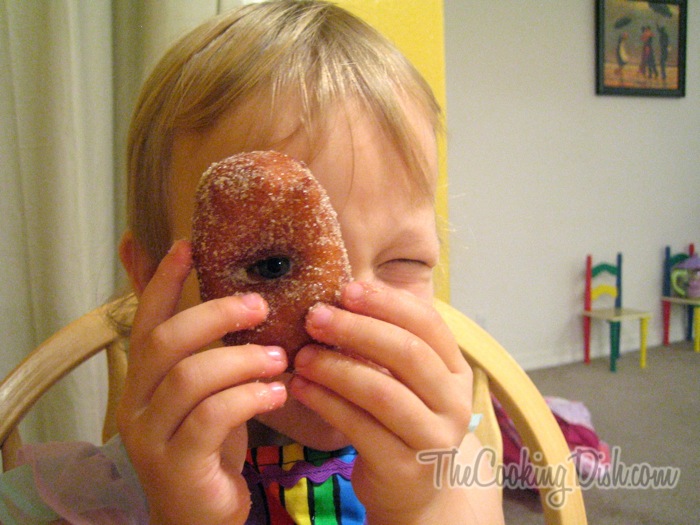 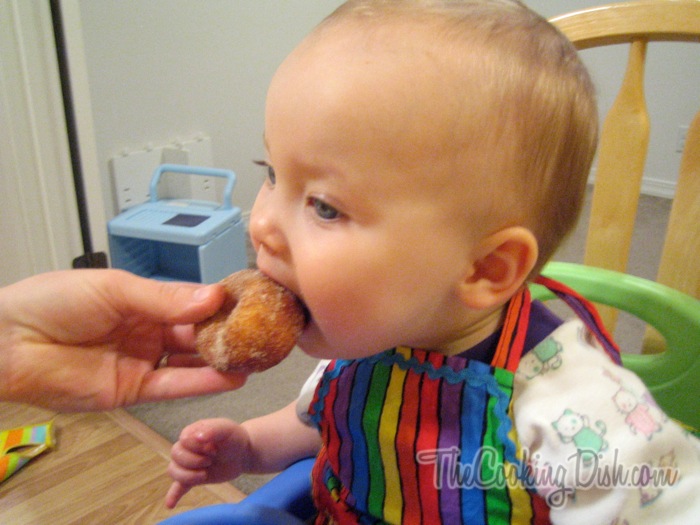 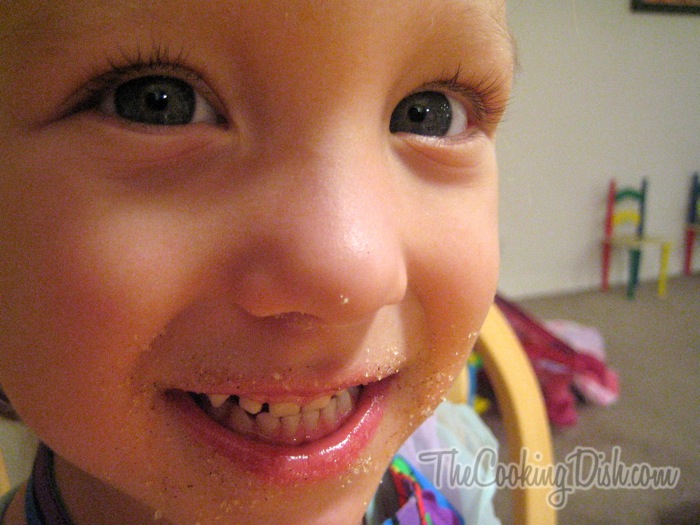 How to Make Donuts in 15 minutes