Today’s post is another blast from the past. We used to make these all the time as kids and I have rather fond memories of them. I think the pudding we used back then though was tastier than this Jell-O instant stuff, which isn’t all that amazing—it’s just dang convenient (gah!). I’m not sure we had an official name for these pudding cups, so I’m taking the liberty to name them now. Perhaps I should have put it to vote, here were my ideas:

Not hard to see why I chose the first one, is it? I am up for hearing additional ideas, if you’ve got ’em. I think as kids we might have just called them the “chocolate, vanilla, graham cracker thingys.” That’s not so bad.

One of the reasons I enjoy these so much is that it’s a great flavor combination and when mixed with graham crackers, they have a nice texture. You could go all-out with this and make all your pudding, crackers, etc. from scratch, but sometimes that’s just more a pain in the rumpus than it’s worth. I’ve done it before, and it tastes infinitely better, but this time around I was going for quick.

This recipe is also more of a concept food than it is follow-along per ingredient, so feel free to mix it up a bit.

The hardest part of this recipe is gathering together your ingredients (gasp!). But once you do that, it’s smooth sailing. 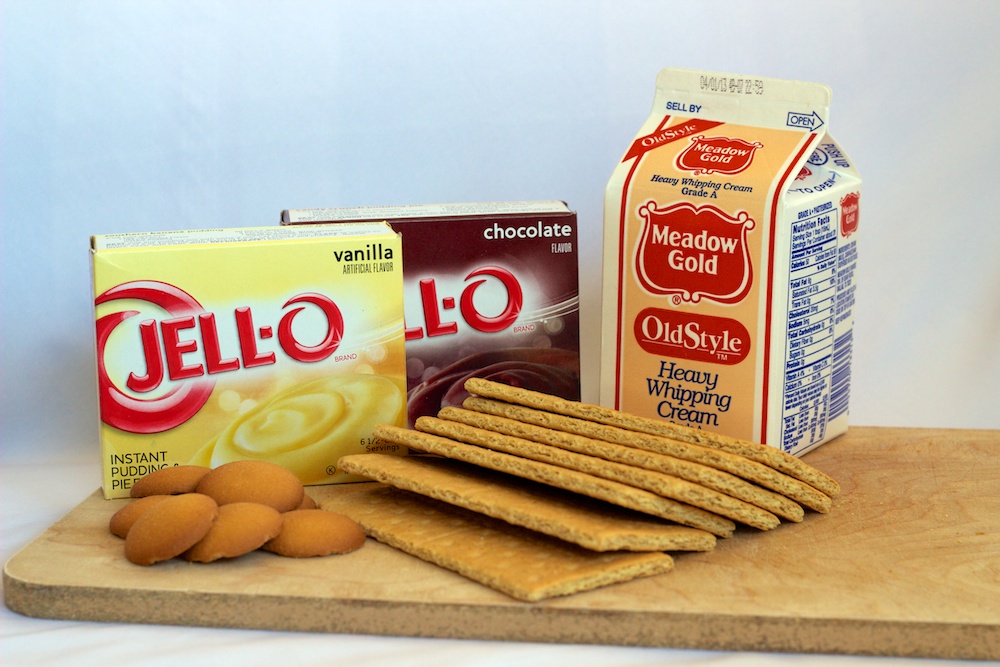 Follow the instructions on the chocolate and vanilla pudding boxes to make the pudding. I guess this means you’re probably going to need milk. I hope you have some. For the boxes I used, it was pretty much mixing the pudding cups 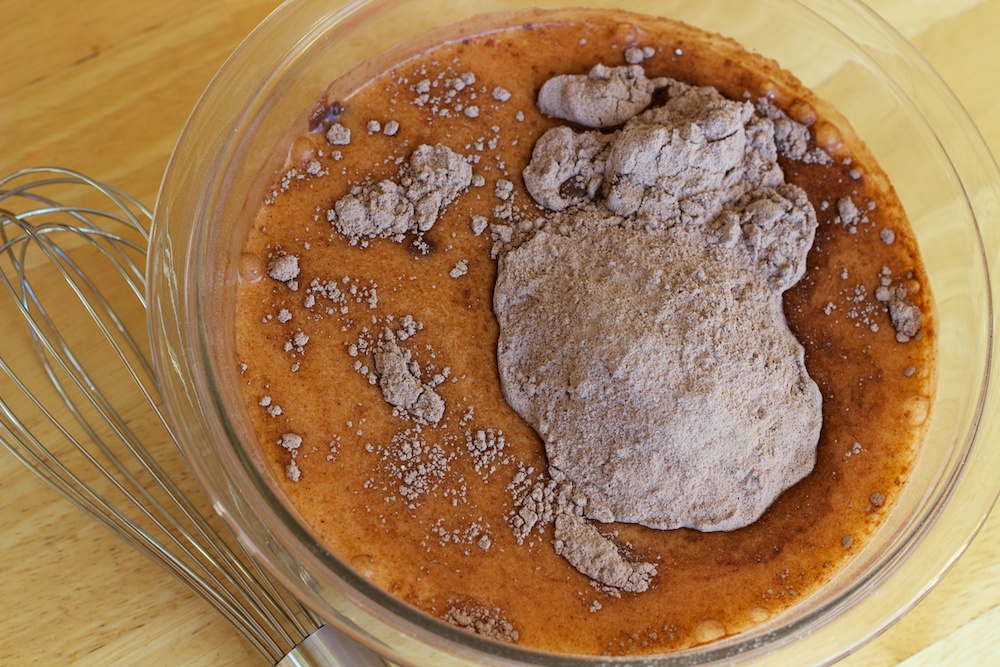 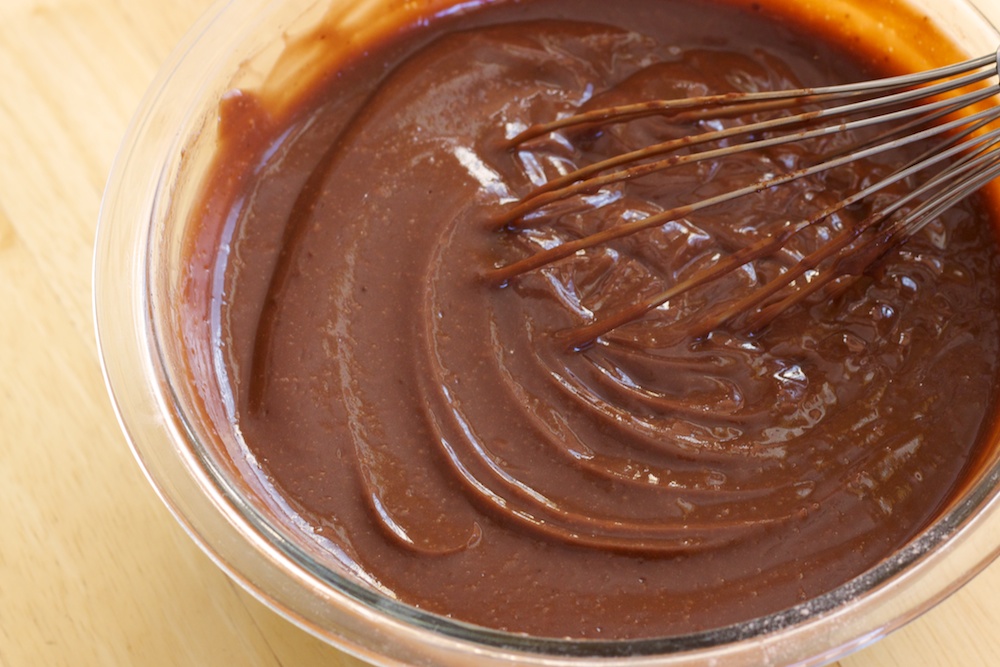 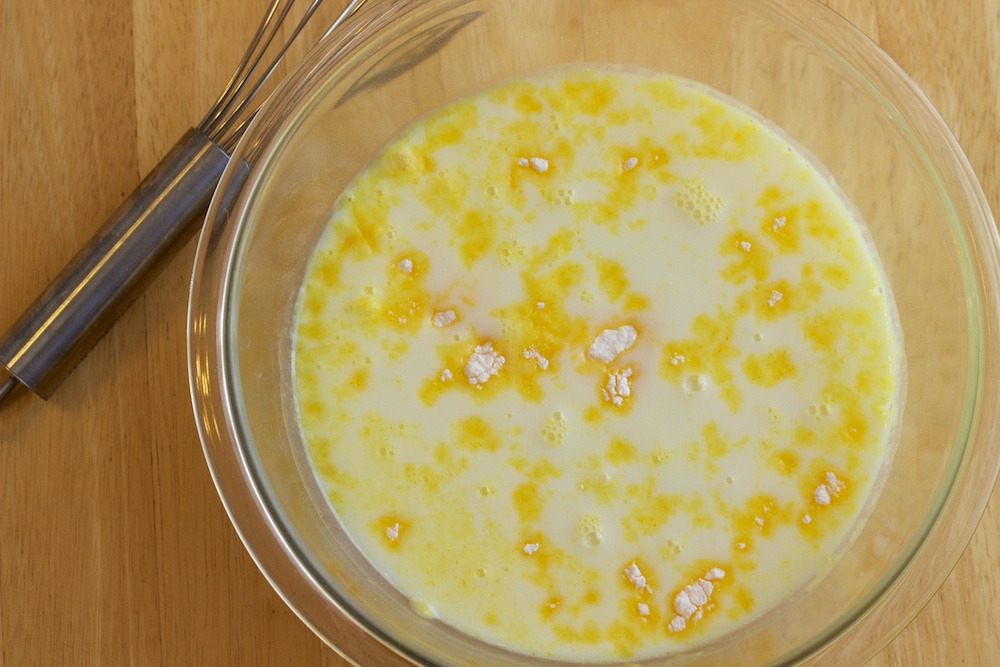 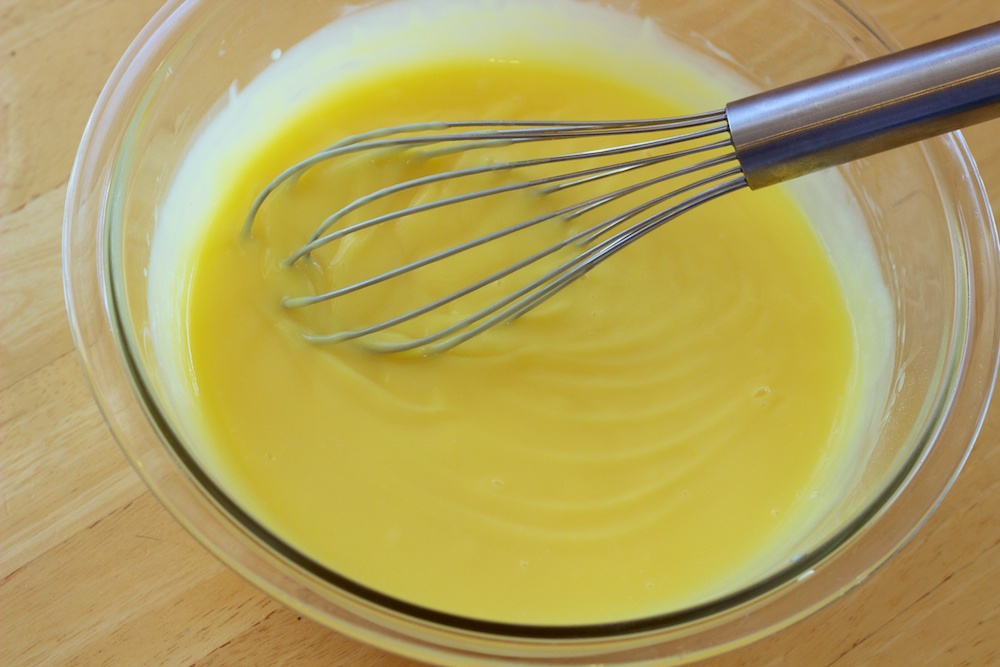 Place the pudding in the refrigerator, and while it cools, smash up your graham crackers. You’ll end up using about 1 graham cracker per pudding cup. 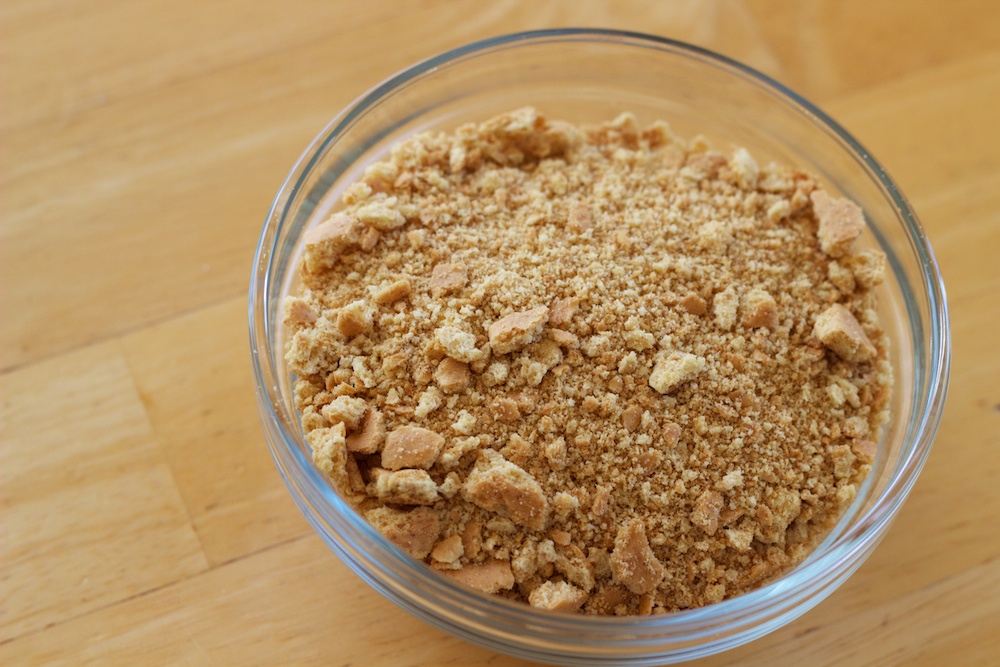 Whip the cream to your desired consistency. I like mine a bit thicker. You also might want to add a couple teaspoons of sugar. 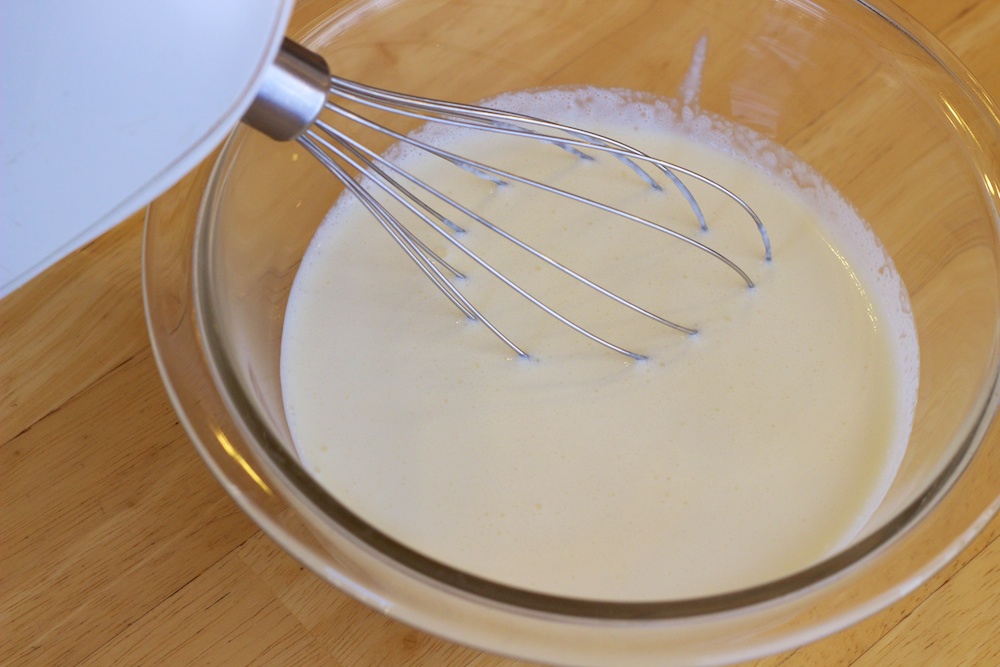 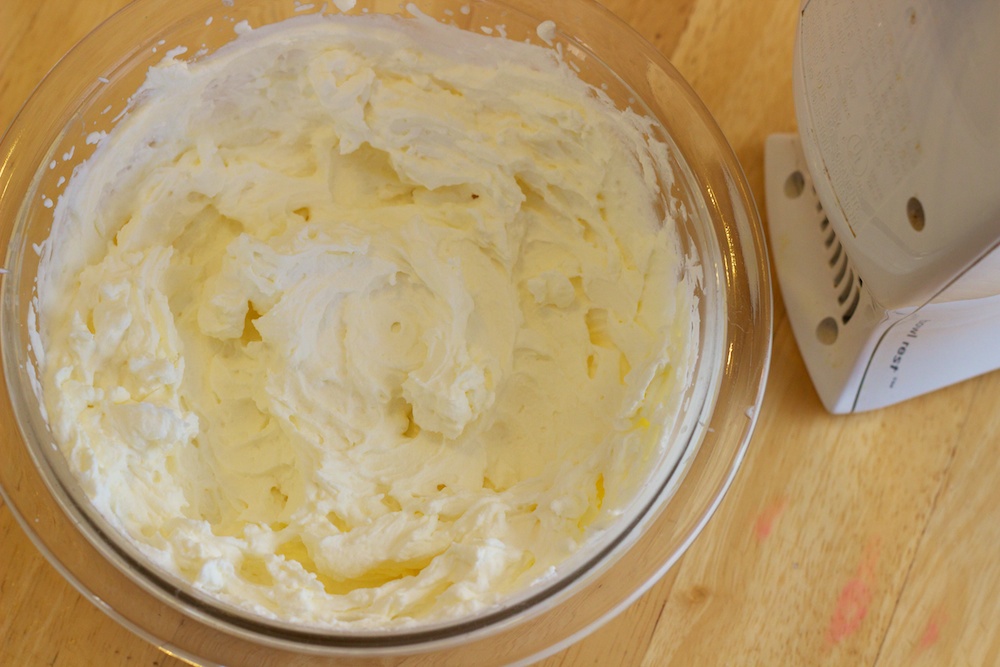 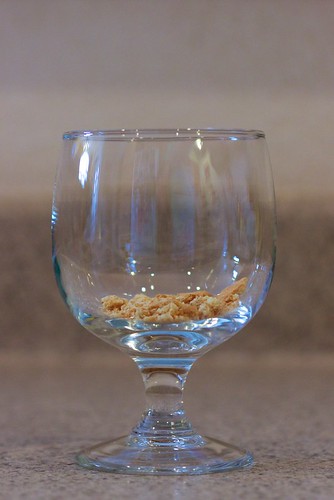 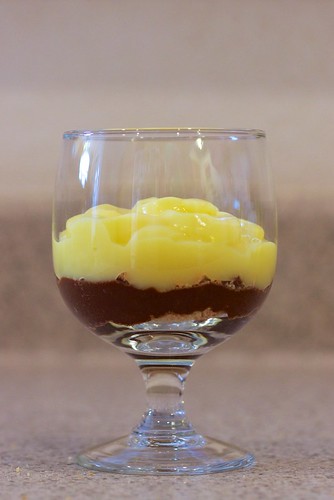 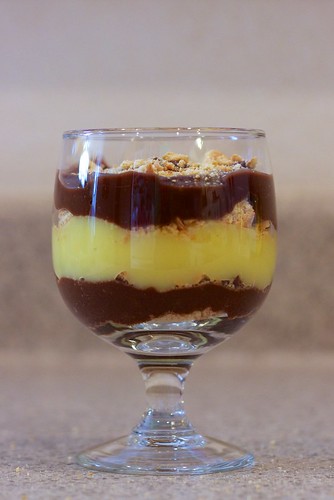 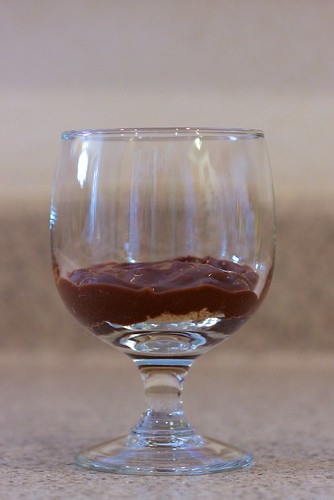 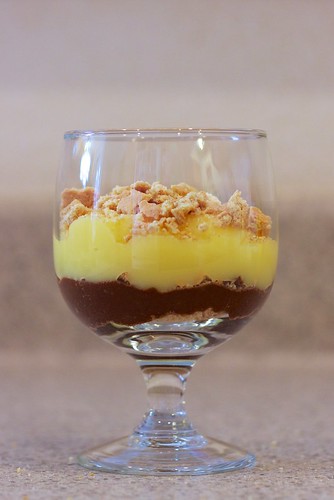 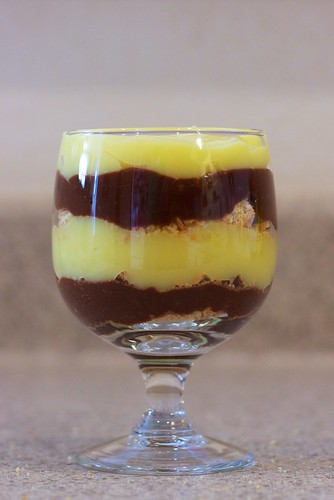 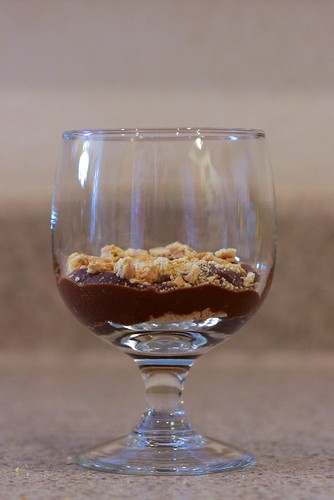 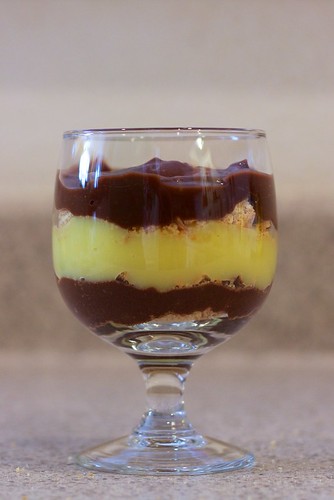 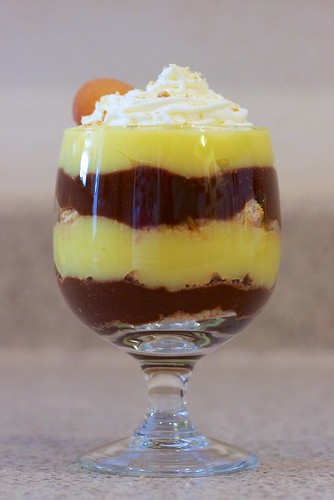 Serve immediately, or stick them back into the refrigerator if needed, and then serve! Watch out though, the longer you wait, the higher chance you have of getting soggy graham crackers and wafers. 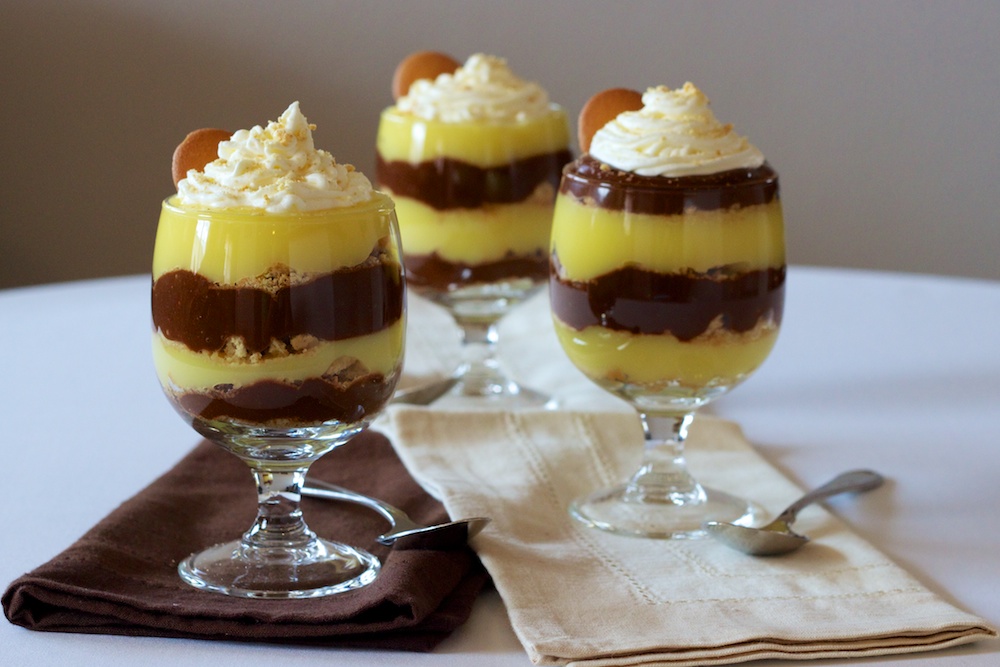 Yum
This is an easy and fun way to switch up your pudding consumption, and kids love it!
Ingredients
Servings: people
Instructions
Recipe Notes

* Pudding mixes vary. Be sure you also have the ingredients listed on the pudding box.