Do you remember as a kid waking up in the mornings to the smell of your favorite breakfast cooking? I sure do, and I still love it. Smelling the sweet breakfast aromas early in the morning is one of life’s great pleasures, one that almost instantly puts the entire family in a good mood.

Growing up in my family, there were a couple smells that almost always had us kids instantly bounding up the stairs: the quintessential breakfast of pancakes served with eggs and bacon and then the irresistible smell of butterscotch biscuits. Yes, I said that right… butterscotch biscuits,and today I’m going to share that biscuit recipe with you. But first, a quick peek into how awesome these biscuits are. These are not your typical biscuit, my friend.

Luckily (read: holy flipping cow, I’m incredibly lucky), my kids are not picky eaters. I’m not sure if it’s because I will eat nearly anything—with the exception of tuna loaf—and they’re just following my example, or if it’s because they know they’ll go without if they don’t eat what’s prepared. Maybe they’re really not my kids, but aliens from another planet… maybe, just maybe that’s it. (By the way, after they realized mom and dad were serious they always choose to eat what’s prepared.)

Because my kids are not picky eaters, they’re excited about eating a lot of stuff. When we begin eating, we frequently hear, “This is my favorite!” I think we’ve heard it about spaghetti, lasagna, tinfoil dinners, pizza, broccoli, fried chicken, PBJ sandwiches, apple slices, corn, hot dogs, and the list goes on. In fact now that I think about it, I don’t think my kids know what “favorite” means.

So with all the “favorites” in my home, how do I know I’ve struck gold? Imagine your kids being so excited to eat something that their eyes light up, they get permagrin, and then they run around in circles with their arms in the air yelling, “Biscuits, biscuits!” And they don’t stop until breakfast is served. That’s what my kids do when I make these. My wife gets excited when I make these too. She’s awesome.

This specific recipe is the original one that my mother made us. I’ve been doing a lot of experimenting with it over the past year and have created an off-shoot that I will be sharing in the next post.

But until then, behold! Butterscotch Biscuits! Preheat your oven to 425°F and then sift the flour, salt, and baking powder together. If you’re planning on using buttermilk, sift in the baking soda as well. 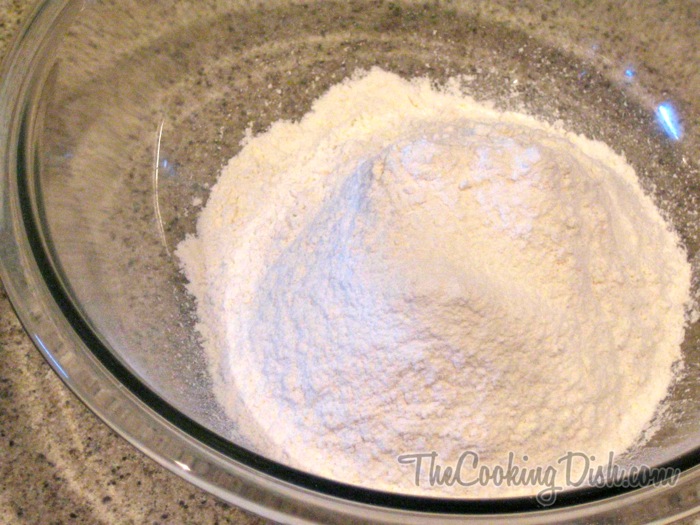 Cut in the shortening until it forms pea-sized lumps. 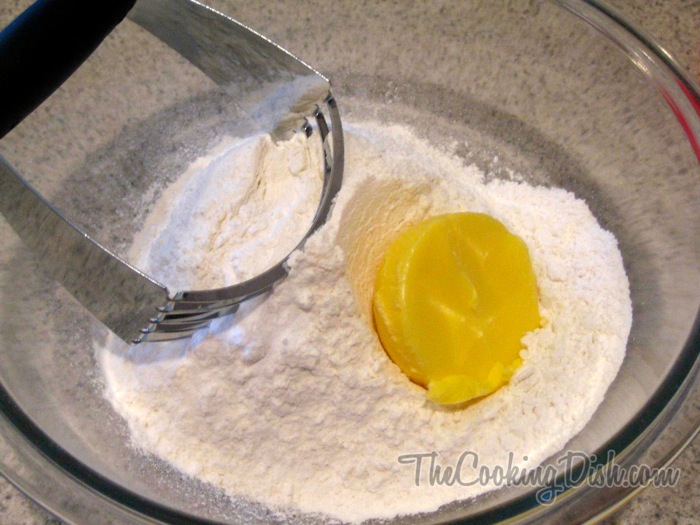 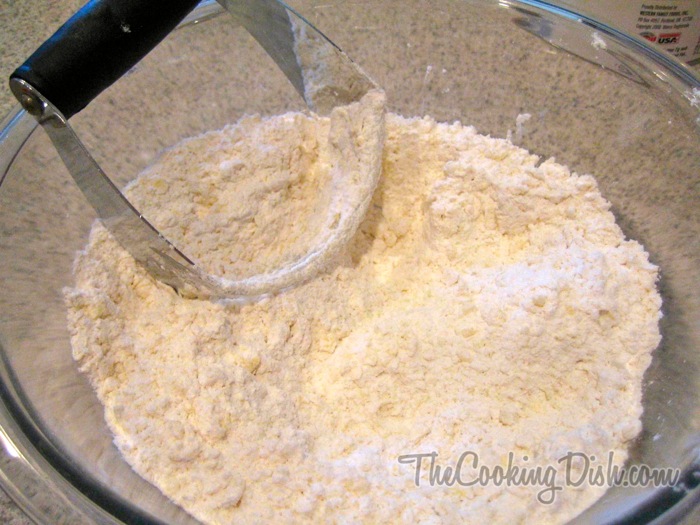 Add milk and incorporate it into the flour just enough to pull it together. Don’t over-knead this bad boy or you’ll get stiff biscuits. 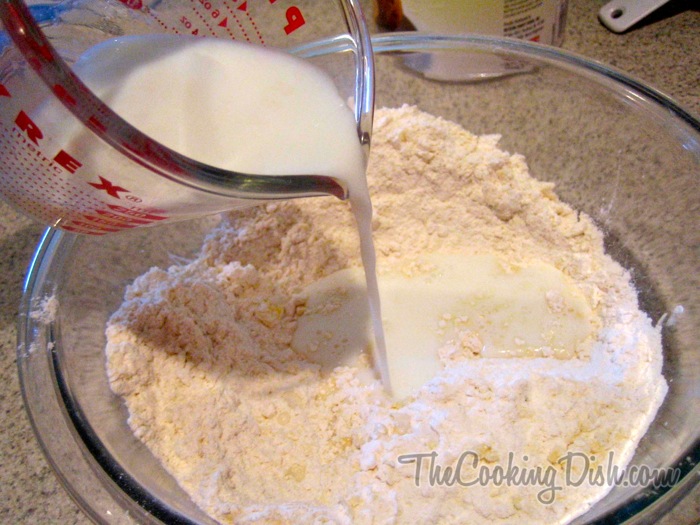 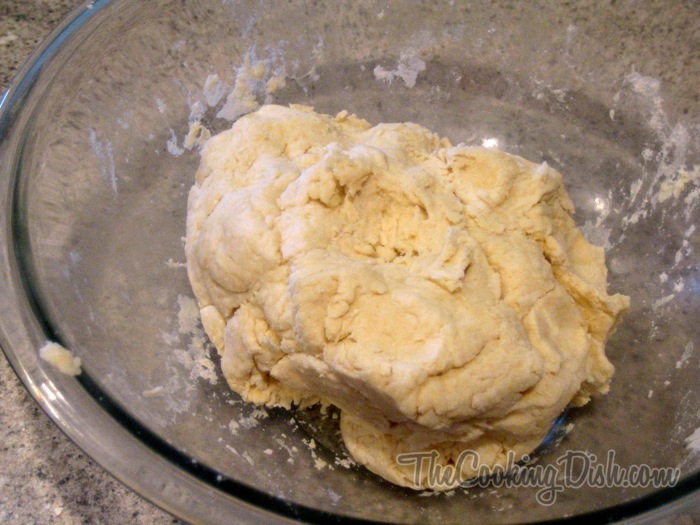 Roll the dough into a rectangle. 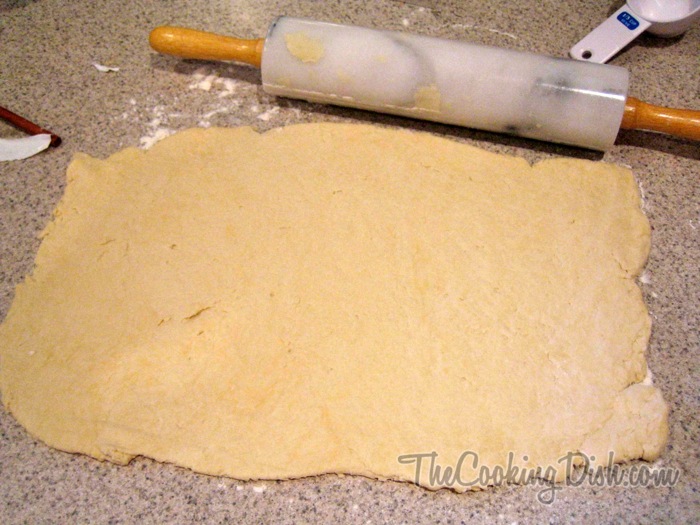 Melt your butter and evenly spread it on top. 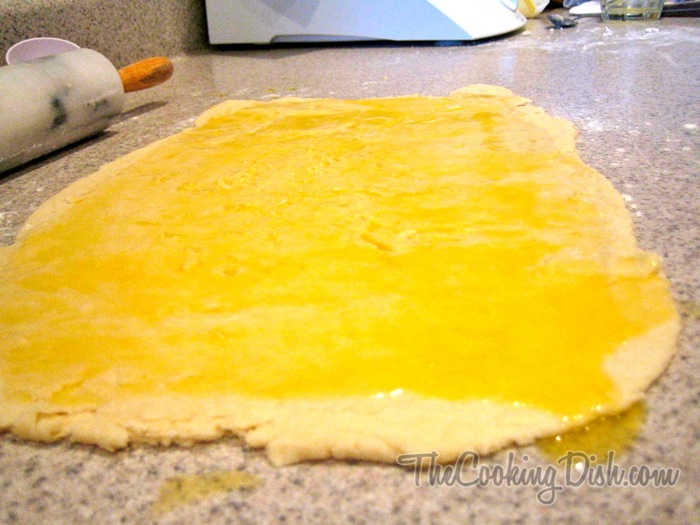 Take your brown sugar and with your fingers evenly sprinkle it over the top of the butter. I tend to use much more brown sugar than is necessary… but it’s soooo good! 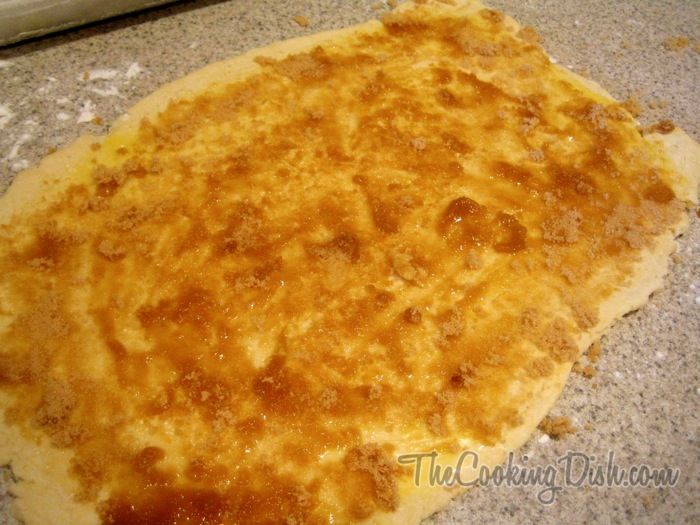 Starting at the back roll the dough up into a round log. 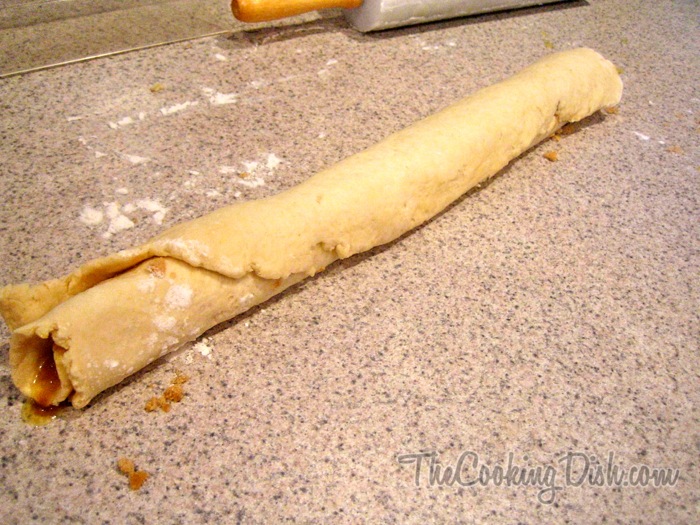 Cut the log in half and then cut the halves in half. You now have 4 equal parts. 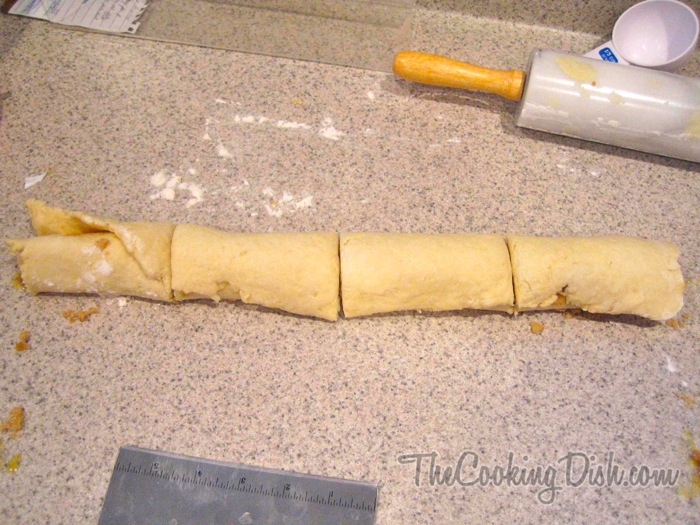 Cut each of these 4 parts into thirds. You now have 12 even parts. 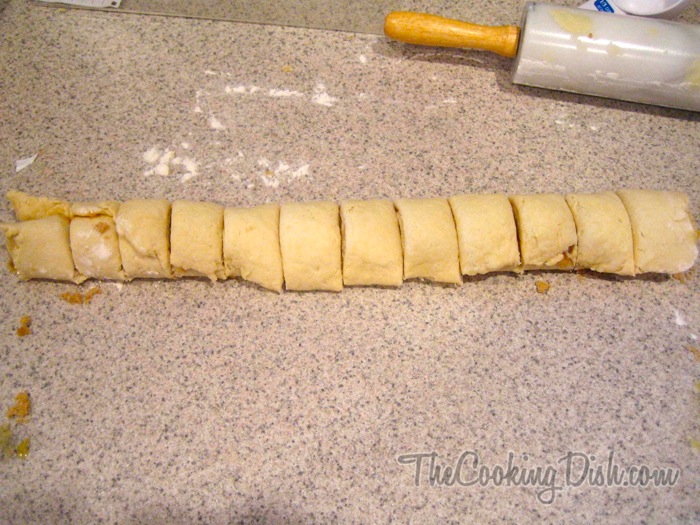 Line a baking tin with cupcake liners and place the 12 parts into the cups. 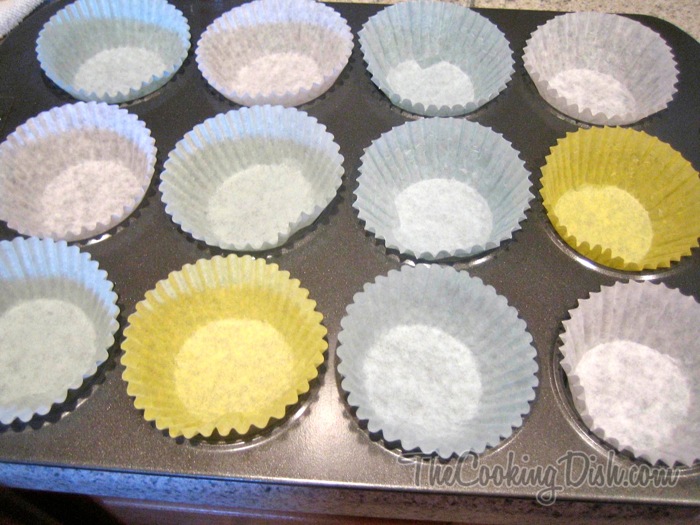 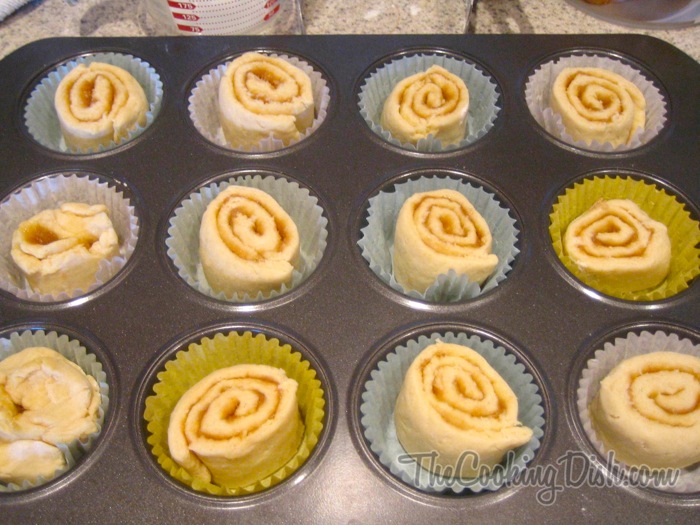 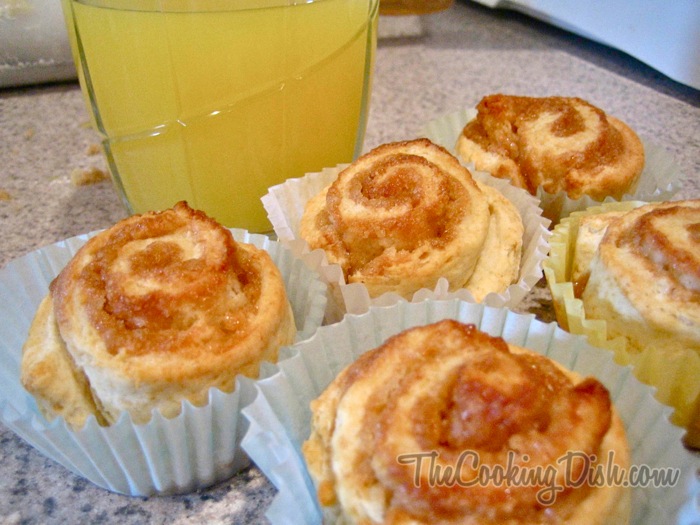 As an alternative to baking these in a muffin pan, you can evenly distribute them in a cast iron pan and bake them in that… I prefer the muffin pans because it makes the muffin exterior crispy, but my wife prefers the cast-iron baking because she likes the exteriors to be soft. 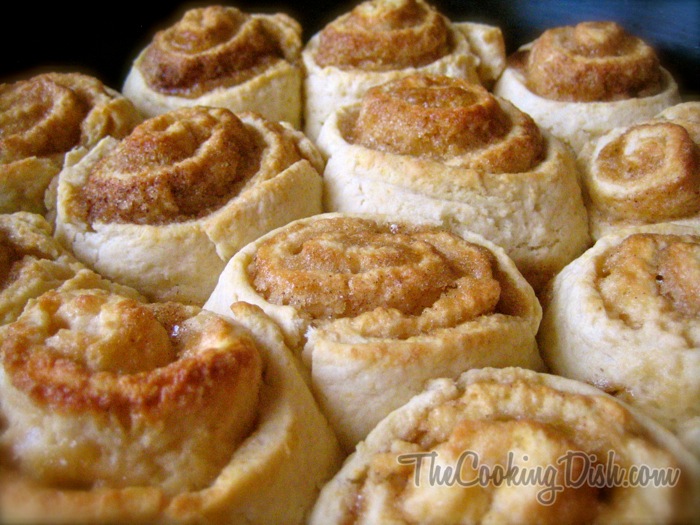 Download the recipe below. The first one has pictures with the steps, the second only has 1 main picture. Enjoy!

Stay tuned for my next post and I’ll give you my favorite way to make these. To be continued… (ba da dum)