Allspice (one word, not ‘All Spice’) is a superb spice to use in savory cooking. Allspice is made from the dried pimenta fruit of the evergreen myrtle plant Pimenta Dioica. The pimenta tree is native to the West Indies, Southern Mexico and Central America, but from what I understand is mainly cultivated in Jamaica and, therefore, has the alternate name Jamaica pepper.

The allspice berries are cultivated before they ripen and are dried in the sun, causing them to turn brown. If you’ve seen them whole on the store spice racks, you’ll notice they look a lot like peppercorns (see allspice picture below)—although it’s typically sold as ground allspice. I think the best way to describe the taste is as a mixture of nutmeg, cloves, and cinnamon (in fact, that’s what I thought ground allspice was at first).

The uses of the allspice seasoning are quite broad. Perhaps some of the more common dishes that use allspice are pumpkin pies, desserts, cookies, sausage entrées, hams, and smoked meats. Allspice is also used when preparing pickles. If you’re lucky enough to get your hands on dried allspice tree leaves, they can be used like bay leaves to flavor your stew or stock. Both the ground allspice and the allspice tree’s wood can be used to smoke jerk.If you don’t have any allspice at home (you should get some), you can also create a similar flavor by combining equal portions of cinnamon and ground cloves and then add a small amount of nutmeg. All these spices pack quite a punch, so I’d recommend starting with just a little bit of each—maybe ½ to 1 teaspoon of the cinnamon and ground cloves and just a pinch of nutmeg. I’ll post some allspice recipes in the near future. 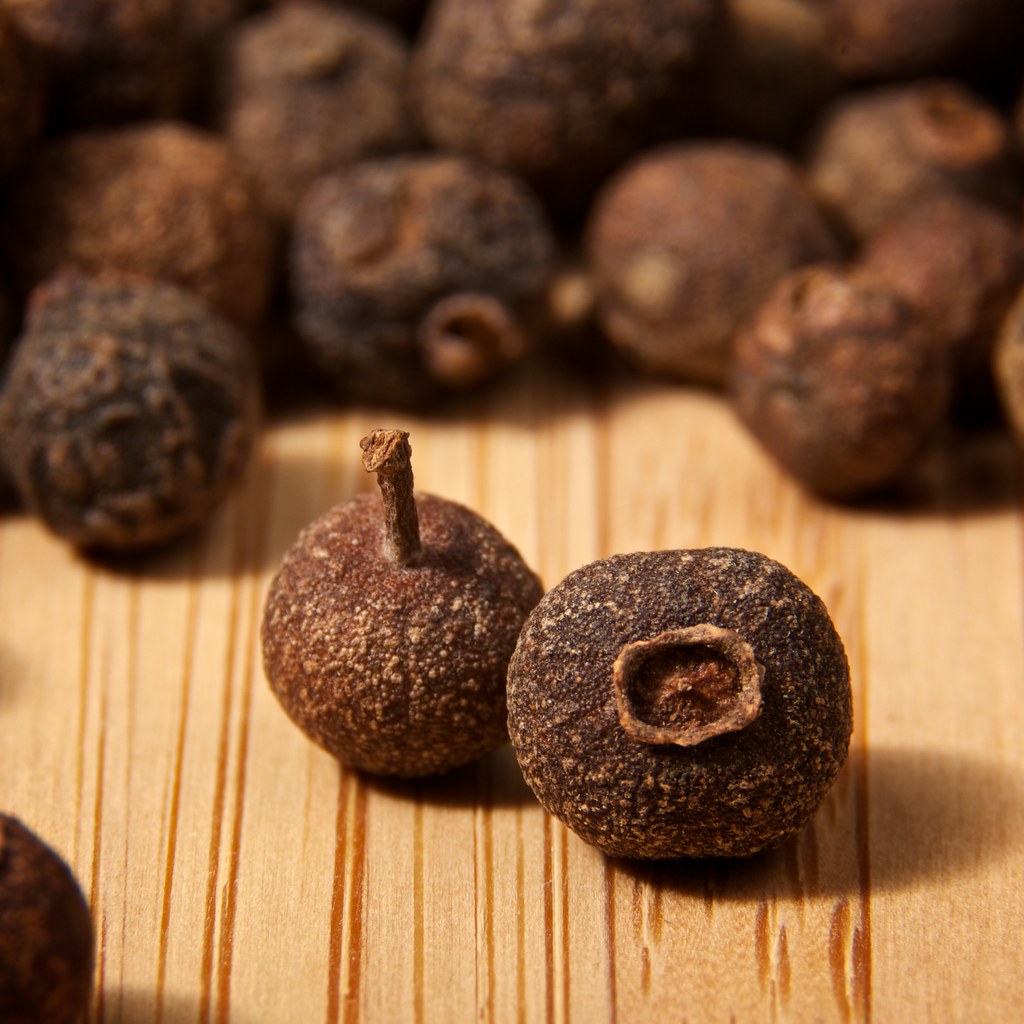